Samsung just hasn’t been able to keep a lid on it lately, giving fans their first look at the tentative Galaxy Watch just last month. Now, it seems to have slipped up on its New Zealand sites by leaking the as-of-yet-unannounced Galaxy Note 9, with its introduction video confirming the device to be the world’s first 1TB consumer handset with expandable storage.

It seems as though someone in New Zealand truly messed up, as Samsung’s Galaxy Note 9 product page was made live in the country alongside the introduction video leaking to its Samsung New Zealand YouTube channel. This confirmed the existence of a blue version accompanied by a yellow S Pen that slots into the bottom of the device, however there is no indication of other variants that will be available on release.

One of the more interesting confirmations of the leak is that Samsung plans to ship the phablet with 512GB of internal storage and the ability to utilise up to 512GB of expandable storage, making it the first consumer smartphone to breach 1TB. Furthermore, there were worries that the 512GB version of the Galaxy Note 9 wouldn’t make it out of South Korea, but its leak on a New Zealand-based website suggests otherwise. 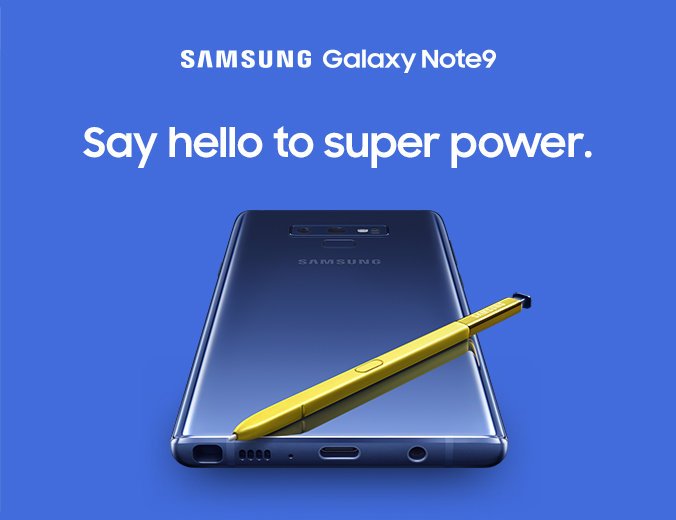 News of a 512GB version came as far back as May, with rumours from serial leaker Ice Universe suggesting this would be paired with a whopping 8GB of RAM. Given that the Galaxy Note 8 ran with 6GB of RAM, it wouldn’t be too much of a stretch to believe it has stepped up once again, however there have been no benchmarks to indicate the jump, and it’s worth noting that it was not a selling point of the intro video.

Samsung’s Galaxy Note 9, and supposedly its Galaxy Watch are just a week away with its launch event dated Thursday August 9th. The intro video and product page have since been removed, as well as DMCA takedowns issued to those that ripped it to their own YouTube. Luckily, SamMobile has a copy ready for viewing over on its site.

KitGuru Says: I would have thought an unprecedented 8GB of RAM in a smartphone would count as a unique selling point, which leads me to believe that the Galaxy Note 9 will likely stick to the tried and tested 6GB RAM model. Still, 1TB of storage is sure to catch the attention of customers. Are you interested in the Galaxy Note 9?