Samsung may adopt the divisive notch after all

Samsung devices have long been a haven in an increasingly notch-filled world, even going as far as to ridicule competition for the idea. This could soon be set to change, as the South Korean firm outlined four experimental front-facing camera solutions during its developer conference.

Similar to its rival firms, Samsung is forever improving its screen-to-body ratio, aiming for that true elusive edge-to-edge display. “We’re going to keep going. The bezels are going to shrink even further,” explained director of product marketing Hassan Anjum. “We’re going to push the limits with our new lineup: the Infinity U, V, and O displays. These are new concepts that are just around the corner, and I can’t wait to tell you more about them.”

The firm’s Infinity U notch is the teardrop front-facing camera we’re used to seeing on the market. Introduced with the Essential Phone, the central oval solution has since been adopted by the Huawei Mate 20 and a slightly wider versions on the Oppo R17 and OnePlus 6T.

It’s difficult to see why the Infinity V is a thing aside from something to simply be different to competitors. It intrudes the same central portion as the teardrop notch, instead sporting a pencil-like point. At the very least, it could marginally bolster screen-to-body ratio percentage, but this is unlikely to hold any real-world difference. 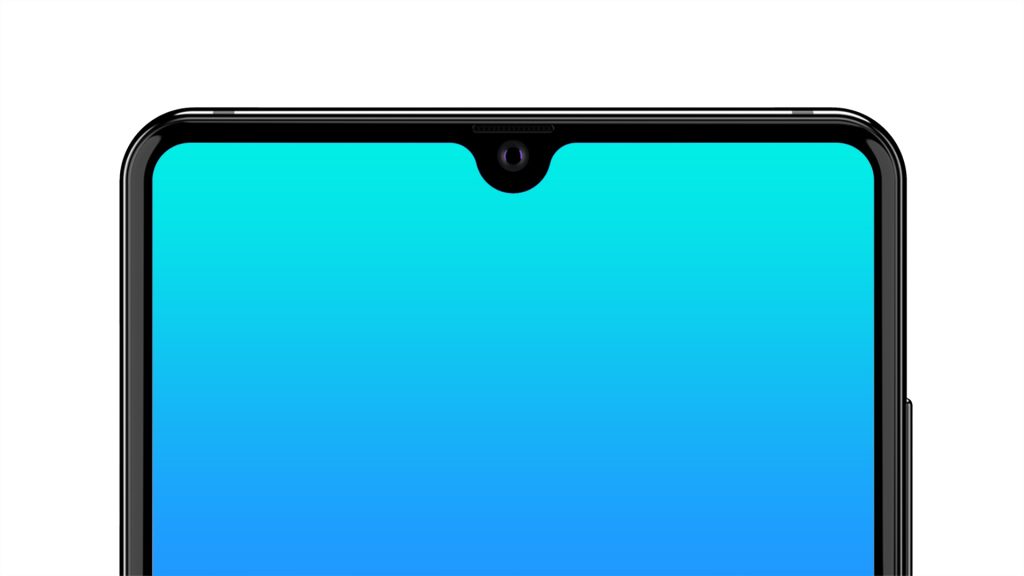 Samsung really begins to push the boat out with its Infinity O, which is less of a notch and more of a circular cut-out in the top left corner of the handset’s fully edge-to-edge display. It’s unlikely that this design will be welcome any more than the notch was when it debuted, and it could potentially mean extra work for app developers to support.

Although Anjum didn’t talk about the firm’s New Infinity, the fourth solution debuted gives a sneak peek at Samsung’s fully bezel-less design. The firm didn’t divulge whether this is achieved via a sliding mechanism akin to Oppo’s Find X, or by the rumoured adaptive display that allows for the front-facing camera to be kept beneath the display. Unfortunately, the tech is still a little ways down the road before Samsung will officially comment.

The firm didn’t confirm which of these options will be used, but it is believed that some or all of these designs will be utilised in Samsung’s 2019 line-up. Galaxy S9, Note 9 and A9 users are urged to cherish their time with what could potentially be the last notchless Samsung devices for the foreseeable future.

KitGuru Says: Samsung’s New Infinity display certainly has me intrigued, even if we are lacking details surrounding the technology. Personally, I feel like the design would benefit from a flat design rather than the curved trend in order to avoid accidental selections. How do you feel about Samsung’s range of notch solutions?

Previous Fallout 76 will get native ultrawide support after release
Next Windows 10 Pro users are being downgraded, Microsoft promises a fix