It seems as though Samsung is giving its mid-range A Series a lot of love lately, unveiling its first triple camera smartphone with the latest Galaxy A7. Unsatisfied with being late to the party, Samsung has taken things a step further with its Galaxy A9 by debuting the world’s first quad-camera system.

While Samsung often saves flagship features for its Galaxy S Series and the top-tier Note range, the March-released Galaxy S9 line-up and August-launched Note 9 both house a dual rear camera and single front-facing snapper. As a result, the Galaxy A9 is poised to become the world’s first smartphone with 4 separate cameras planted on its backside. 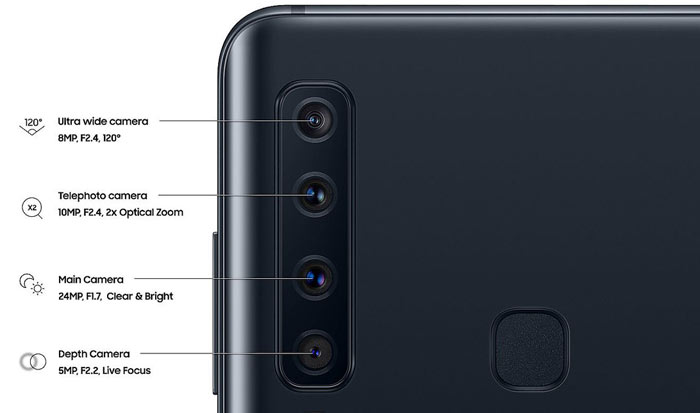 At the top of the vertically aligned camera is an 8MP f/2.4 wide-angle lens with a 120-degree view. The second is a 10MP f/2.4 telephoto lens for 2x optical zoom. Next is where the main camera sits with a 24MP f/1.7 lens and lastly is a 5MP f/2.2 lens built for sensing depth. Essentially, it’s like having a camera bag full of different lenses attached to the rear of your handset.

Samsung has once again forgone the notch in favour of trim but not-quite-edgeless bezels, framing a 6.3in FHD+ 1,080×2,220 Super AMOLED screen. These help to house a single speaker, however you won’t find a wrap-around screen, 3.5mm headphone jack or even a dedicated Bixby button here. 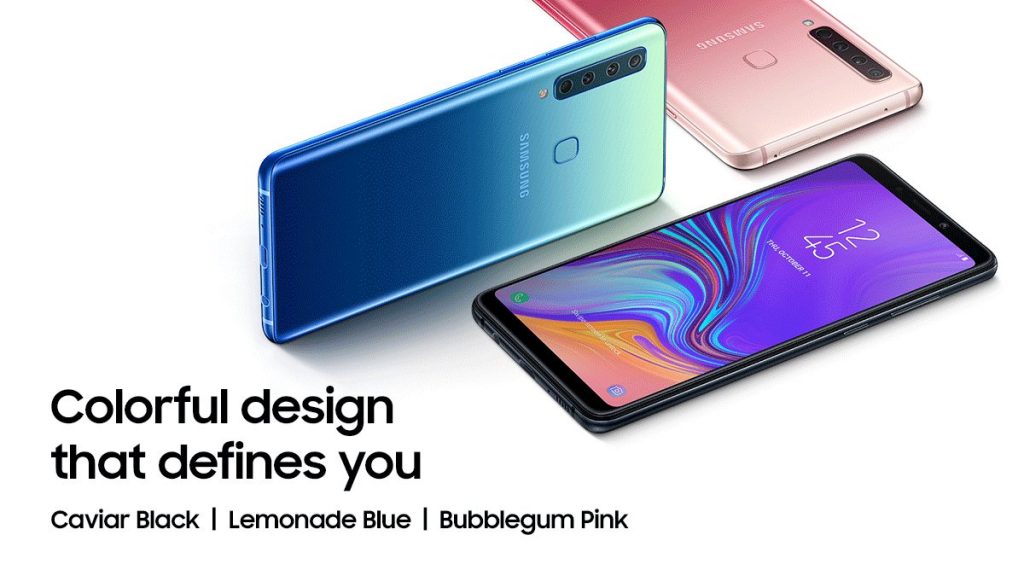 Internals are comprised of 4GB of RAM and a choice between 128GB and 512GB on board storage. The company revealed that the Galaxy A9 utilises an octa-core chip offering speeds between 1.8GHz and 2.2GHz depending on the task. It didn’t reveal what processor this was, however it’s expected that Samsung will likely opt for one of Qualcomm’s cheaper Snapdragon SoC in the United States while Europe sticks with a proprietary Exynos chip.

Retail prices begin at £549,in a range of colours from Caviar Black to Bubblegum Pink to Lemonade Blue, whatever that might mean.

KitGuru Says: I often find myself gravitating towards the flagship variants, but Samsung has crafted a compelling mid-range offering with the Galaxy A9. It could face competition by the end of the month, however, as the OnePlus releases its iterative 6T upgrade – still, the four-camera setup is incredibly tempting. What do you think of the Galaxy A9 smartphone?