Apple has launched a new 9.7-inch iPad aimed at schools and students

Over the last few weeks, there have been rumours that Apple was preparing a new version of its base-model iPad. This all came to a head when Apple announced its education event, which took place earlier today. It turns out that the rumours were true, with Apple today launching a new 9.7-inch iPad, with a newer processor and support for the Apple Pencil.

The Apple Pencil was first introduced alongside the 13-inch iPad Pro, and up to this point, only ‘pro' models have supported it. With this move, Apple's base-model iPad will also support the stylus. The base 9.7-inch iPad costs $329 and upgrades from the A9 SoC to the A10 Fusion chip, which was first introduced with the iPhone 7. This will give it better performance all around, but you'll notice a particular difference in apps that utilise the GPU. 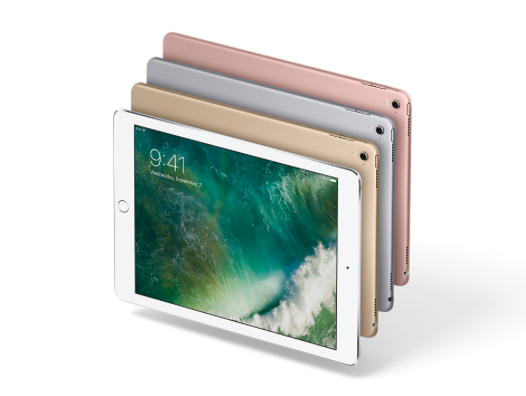 Apple will be selling this iPad for $299 to schools, the Apple Pencil will also be sold for $89 to students. With this particular iPad, Apple is making a renewed push into the education market, boasting 200,000 ‘education' apps for the iPad, including useful tools like Pages, Numbers and Keynote. These are Apple's free competitors to Microsoft Word, Excel and Powerpoint. Interestingly, Apple's Pages app will also now allow users to create iBooks.

The 32GB model will begin rolling out to 25 countries across the globe this week.

KitGuru Says: The 9.7-inch iPad is still the most popular version, so it makes sense to upgrade this model over the iPad mini. Whether or not schools will begin switching out their laptops and PCs for iPads remains to be seen, though this has happened in some places over the years already.