IDC: the worldwide tablet market growth set to slow down

The adoption of tablet in the well developed countries was extremely quick thanks to a multitude of reasons. Nonetheless, market observers note that the growth of the tablets market is beginning to slowdown. Recently International Data Corp. (IDC) revised its tablet sales forecast for this year and now expects around 261 million tablet units to be sold in 2014.

IDC believes that the total tablet market (including both tablets and 2-in-1 devices) will grow 19.4% in 2014, down from a growth rate of 51.6% in 2013. IDC reduced the 2014 forecast by -3.6% from its previous projection to 260.9 million units worldwide. The decline in the short-term prediction was due to slowing consumer purchases as progress of hardware slows down and the installed base – particularly in mature markets – continues to grow.

Throughout the past two years average selling prices (ASPs) have dropped quickly in the tablet market, but this too appears to be decelerating. In 2012, ASPs declined -18.3% from the year before, and in 2013 prices fell another -14.6%. Price erosion has began to gently bottom out, with ASPs forecast to drop a modest -3.6% in 2014. IDC believes ASP declines will slow for several reasons; chief among them are the growth of higher-priced commercial shipments and a consumer movement away from ultra-low cost products, according to IDC. 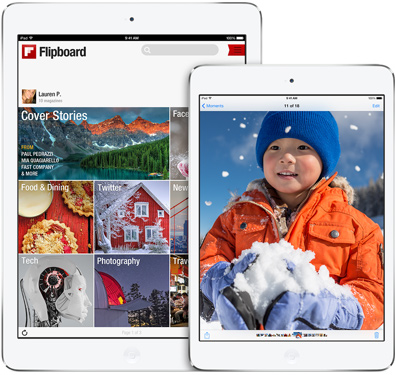 “After years of strong growth, we expect the white-box tablet market to slow in 2014 as consumers move to higher-end devices that work better and last longer,” said IDC’s Tom Mainelli, program vice president of devices and displays at. “In mature markets, where many buyers have purchased higher-end products from market leaders, consumers are deciding that their current tablets are good enough for the way they use them. Few are feeling compelled to upgrade the same way they did in years past, and that’s having an impact on growth rates.”

As consumer shipments slow in many markets, commercial shipments will grow as a share of the overall mix. Much of the tablet growth in commercial to date has been in verticals such as education, but going forward IDC expects tablets to continue to infiltrate small, medium, and large businesses around the world. This commercial growth is likely to benefit Microsoft’s Windows over time.

“The choice of operating system will be a key differentiating factor when it comes to success in the commercial segment,” said Jitesh Ubrani, a research analyst at IDC. “Though Android and iOS will remain dominant, we expect Windows-based devices to capture more than a quarter of the market as its benefits become apparent thanks to growing adoption of 2-in1s.”

KitGuru Says: Every rapid growth slows down at some point. Now, what will hardware and software makers do to catalyze upgrades on the mature markets?