Renowned Wall Street analyst JP Morgan says that the upcoming release of the iPad2 might burst a bubble for competitors who are hoping to make a dent in the tablet market.

Mark Moskowitz of J.P. Morgan Research warned investors that the build plans for tablet shipments from Apple's rivals may be too high causing a possible ‘bubble burst' situation in the second half of 2011.

He said “In our view, the technical and form factor improvements of the iPad 2 stand to make it tougher for the first generation of competitive offerings to play catch-up, meaning actual shipments could fall well short of plan.”

According to estimates, Tablet makers will build 65.1 million tablets in 2011 and when compared against J.P. Morgans estimates of 47.9 million tablets sold this year the companies may be over estimating the demand and be left with millions of units of stock.

They believe that Apple could see nearly 100 percent sales growth this year, with over 29 million iPads sold worldwide in 2011. Moskowitz says that component suppliers may lose the most from the bubble burst situation, saying “Based on our research inputs, tablet makers eager to emulate Apple’s meteoric start are trying to secure components with inflated build plans, of note, glass displays, processors, and, to a lesser extent, NAND Flash are the components that could be most at risk.”

Moskowitz says that apart from the Motorola Xoom and the HP TouchPad that the competitive offerings appear to be ‘light on attraction'.

KitGuru says: Could 2011 be the year many companies lose money over estimating tablet demand? time will tell. 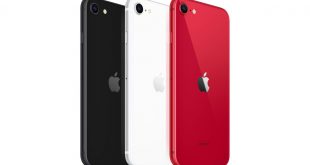