To test battery life I used the ‘Home’ benchmark in PCMark 8. This test isn’t hugely demanding when it comes to computational requirements and, although artificial, it is likely to simulate the sort of stress the laptop would undergo while doing a small amount of video editing, web browsing and word processing. I set the screen brightness to 100%, and the keyboard brightness to 100%. 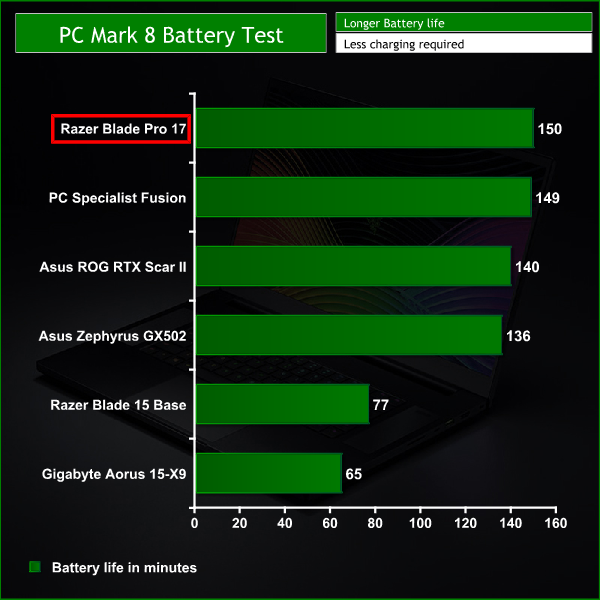 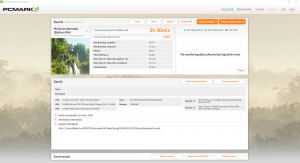 When the Razer Blade was unplugged it switched to the Balanced profile and cannot be used in high performance mode. This means that the components can’t reach their full potential but makes a lot of sense when it comes to preserving battery life. Gaming laptops are never really suitable for playing without access to a power outlet anyway.

The Razer Blade Pro has an average sized battery for a gaming laptop at 70.5Whrs but the results from the PC Mark 8 test are very impressive. With a score of 2.5Hrs it sits right at the top of the chart which should translate to around 5 hours of use in the real world. From testing the Blade out I found this score to be pretty accurate.

I could use it for a surprising amount of time without reaching for the charger. Razer seemed to have nailed the balanced profile and found a good mix between performance and longevity that makes this laptop a real winner when it comes to multitasking. It can be plugged in for full beast mode when it comes to gaming but the good battery life means it can also be a great portable companion for basic tasks on the go.

I tested the temperatures with the laptop charger plugged in. I ran AIDA 64 for 10 minutes to stress the CPU & GPU simultaneously. AIDA64 is an artificial benchmark and tests the laptops cooling to the max. 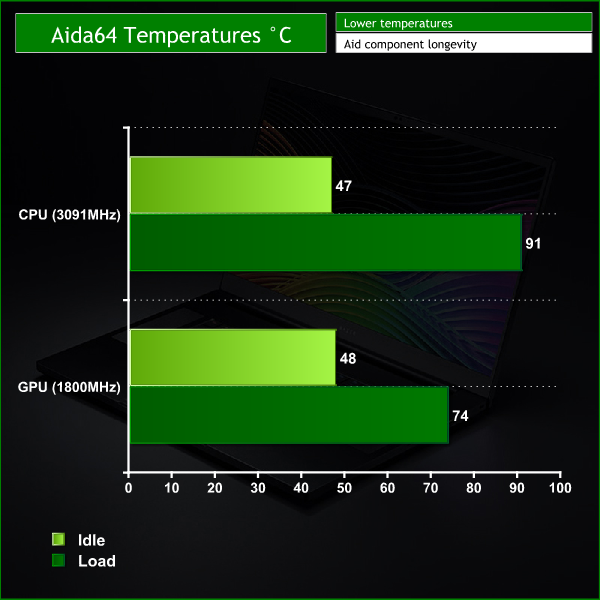 While idle the temperatures recorded for both the CPU and GPU are a little warmer than some laptops Kitguru have tested but the Razer Blade also seems to run quiet when it comes to idle fan noise.

Under load the temperatures are hot but not bad and the Razer Blade Pro 17 seems to cope reasonably well. The CPU did peak at 91C at the start of the test but this was brief and the boost clock speed was taken down a peg or two which allowed the temperature to even out at about 88C for the remainder of the test. With a boost clock speed of 3.09GHz we have seen faster speeds but the CPU was far from dropping below the 2.6GHz throttle point.

The RTX 2070 Max-Q faired very well and hit a very safe maximum of 74C. It also maintained a high boost clock speed of 1800Mhz which is impressive for a Max-Q version of this graphics chip. 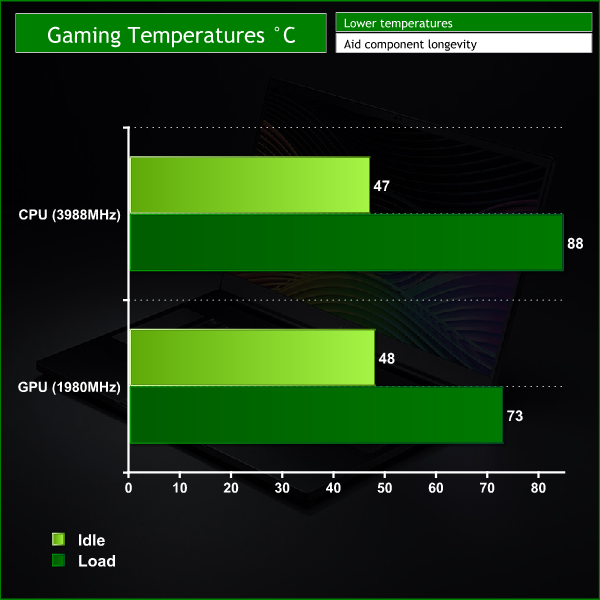 Aida 64 is a worst case scenario for a laptop and isn’t likely to represent the day to day tasks an average user would undertake. Therefore I also checked the temperatures and boost clock speed of the components while gaming. The maximum temperatures are pretty similar to the Aida64 results at 88C for the CPU and 73C for the GPU however the boost clock speeds are higher which is good when it comes to gaming performance. With the CPU boosting to 3.98 Ghz and the GPU reaching 1890Mhz gaming performance won’t suffer at all when things begin to heat up as the Razer Blade Pro 17 seems to be able to handle it.

Overall for a thin gaming laptop the cooling performance is really quite impressive. Despite the all metal construction the chassis got warm in the expected areas around the vents, but I didn’t notice any strange or unwanted hot spots. I also found the fan profile to be well balanced between noise and performance and the fan speed and temperature both drop down fast as soon as any intensive workload is finished.

I measured noise levels using a sound meter while the laptop was idle with no programs open, and then during stress testing to get a reading with the system under 100% load. 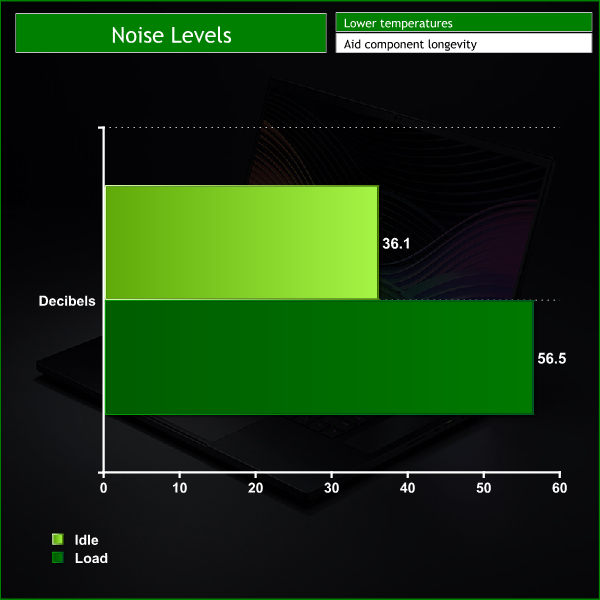 I found the noise levels on the Razer blade to be very impressive. Gaming laptops can be loud, hot and bulky but Razer seem to have perfected the cooling in a very thin chassis. An idle decibel level of 36.1 is whisper quiet and to me the fans were barely audible while idle. Under load the fan noise noticeably increases but it is far from the loudest laptop I’ve heard and to me it’s acceptable. The speakers are loud enough to drown it out and I could not hear it when gaming with a headset.

I took these readings while the laptop was in the high performance mode and it manages to be even quieter in the balanced profile. You also have the option of setting the fan speed manually if you’re to not worried about performance and want to ensure it stays quiet.