As schools all over the world start taking their teaching online, DigiTimes reports that the demand for Chromebooks is expected to see a sharp rise that will carry on throughout 2020.

Since the outbreak of COVID-19, schools in many countries have been forced to shut down, and as a result teaching has been taken online. In an effort to help connect students, many schools have distributed Chromebooks so that learning can be done from home. Japan is one of the countries where demand for Chomebooks is expected to increase the most, due to its GIGA School program – where the Japanese government plans to spend $3.7 billion to provide more computers to schools.

According to the report by DigiTimes, many countries have adopted “one-student-with-one-machine projects” for their K-12 education sectors and it's believed that the number of shipments of Chromebooks will start to surpass that of Windows devices. Worldwide shipments of Chromebooks to the educational sector is expected to rise by 32.3% during 2020, up to a total of 42.1 million units.

KitGuru says: Do you own a Chromebook, and if so have you used it for educational purposes? 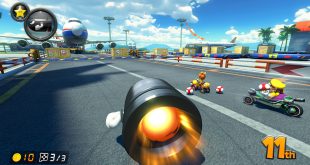 After years of no updates, Nintendo in a surprising move announced earlier this year that …