MSI has updated its range of laptops to include Intel’s latest 9th generation Core mobile i9 processors and a selection of Nvidia’s RTX 20 series and GTX 16 series graphics cards. The company promises a noticeable performance increase of up to 45% in its P series of creator laptops and up to a 50% improvement in its G series of gaming notebooks.

Core i9 processors allow the new MSI P65 and P75 laptops to make the most of their 4K display, built to enhance the experience of 3D animators, designers, and video editors. While the P65 retains the same 4K 15.6-inch IPS display seen on its 8th-gen clad predecessor, it is now joined by a 17-inch P75 Creator model.

Gamers can also rejoice as MSI overhauls its GT, GS, GE, GP, GL and GF series with new i9 processors. The latest GT Titan is tailored towards overclocking enthusiasts with its unique Cooler Boost Titan technology, with users seeing the benefits on its Ultra-HD display. Refresh rate enthusiasts would be better turning their head towards the new GS Stealth, with its 240Hz display powered by an Intel Core i9 processor and a choice of graphics from Nvidia’s GTX 1660Ti through to an RTX 2080. For tried and tested HD gaming however, fans can still turn to the new GE Raider. 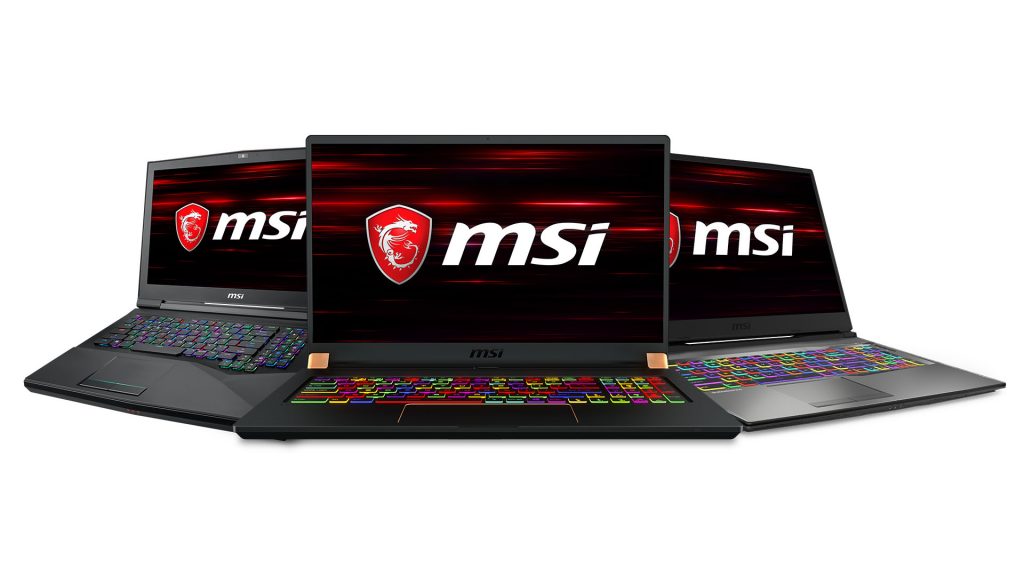 Alongside the bump up to a 9th gen Intel Core i9, MSi has made tweaks to a number of its other models. The GP75 Leopard, GL63 and GL73 all sport a per-key RGB keyboard. The GF Thin is a little more self-explanatory, winning the 2019 IF Design Award for its compact and lightweight design making it the most portable gaming laptop on this list.

MSI states that its new line-up should be available from select retailers as soon as today, but as experience suggests, stock might fluctuate during its launch period.

KitGuru Says: I always appreciate how much of the market MSI covers with its gaming laptops and its range of i9 offerings is no different. Do any in particular stand out to you?

Previous Phoenix Point developer reports 191% return thanks to Epic Games Store exclusivity
Next PUBG made nearly $1 billion in 2018, despite struggles in China and India