It has been a couple of months since Nvidia first launched the GTX 16-series, so now is the time to expand on it. Today, the GTX 1660Ti and newly announced GTX 1650 are both making their way to gaming laptops. There are going to be roughly 80 laptop models rolling out packing Turing graphics, with prices set to start at the $799 mark.

Compared to a GTX 960M, the 1660Ti is up to four times faster depending on the game. According to Nvidia’s own testing, a GTX 1660Ti powered laptop should be capable of running titles like Fortnite, Apex Legends or PUBG at over 100 frames per second at 1080p. Aside from that, the jump to the Turing architecture also brings improvements to power efficiency. Compared to Pascal, Turing can deliver 1.5x instructions per clock and 1.4x power efficiency. 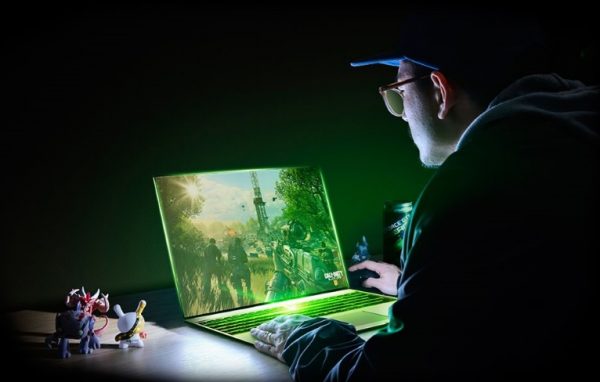 For the GTX 1650, Nvidia promises up to 2.5x higher performance compared to the GTX 950M and 1.7x the performance of a GTX 1050. Both the GTX 1660Ti and GTX 1650 will be available in Max-Q designs too, so expect plenty of ultra-thin gaming laptops from various OEMs.

Here is a breakdown of the specifications for both GPUs:

We have already had the chance to check out a few laptops packing GTX 16-series graphics. Last week, we were able to attend an ASUS ROG event to see a few different models, including the Zephyrus G, several new STRIX laptops and a couple of other Zephyrus models. We expect to see more laptops from MSI, Gigabyte, Samsung, Razer and more over the coming weeks/months.

KitGuru Says: The GTX 1660Ti and GTX 1650 both look like capable 1080p GPUs for portable gaming. We’ll be looking to get our hands on review units over the next few months to really put them to the test. Are any of you planning on grabbing a gaming laptop this year?

Once a year, we ask  you, our readers, to tell us what's hot and what's not in our unique KitGuru Reader Survey. This year, Zotac has offered up a stunning prize for one lucky participant to win: a very special 'barebones' PC that comes complete with an Intel Core i7-10700 processor and an Nvidia RTX 3070 graphics card!