Android One launches in Europe

Google has announced that it is bringing the Android One program to Europe, starting off with Turkey. The program, which aims to bring affordable smartphones to developing markets, is now available in seven countries. Devices launched under the program come with a near stock version of Android designed for low end smartphones.

In Turkey, Google is partnering up with local network, General Mobile, in order to provide a new phone that should run most applications pretty fine. Rather than using a Mediatek processor like other Android One devices, this one will feature a Qualcomm Snapdragon 410 and 2GB of RAM. It will also use a 5-inch 720p display covered in Gorilla Glass 4 for extra protection against drops and damage. 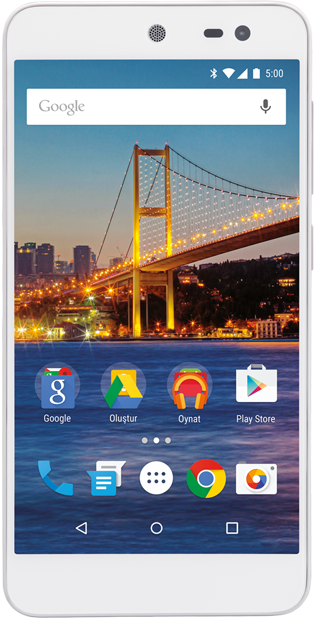 On the back there will be a 13 megapixel camera and on the front will be a 5 megapixel variant. This will also be the first Android One device to support LTE, giving those in Turkey some better speeds.

The General Mobile Android One device for Turkey will cost 699 Turkish Lira, which is around £160 in the UK.

KitGuru Says: Android One is spreading to more countries, bringing capable devices to developing markets.This isn’t Google’s only project to help bring technology to impoverished countries either, there has been a lot of talk about bringing free internet through satellites or even balloons.