HTC One M9 Plus spec sheet and images leaked

Some new pictures of what is likely the HTC One M9 Plus have leaked, along with the device’s full spec sheet, just a couple of weeks before the expected launch date. The phone is essentially a larger version of the previously announced HTC One M9 flagship.

The phone will feature dual cameras on the rear, not unlike what we saw on last year’s HTC One M8. There will be a finger print sensor built-in as well, something that we did not see on the HTC One M9. Among the images though is a screen shot of the spec sheet. 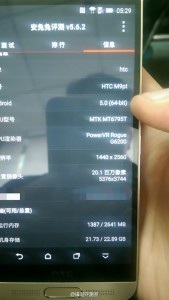 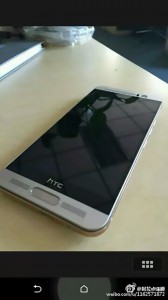 The images came from Nowhereelse.fr, the site also previously leaked images of the Samsung Galaxy S6 and S6 Edge. To start things off, the phone will use a MediaTek MT6795T processor coupled with a PowerVR G6200 GPU, which seems to be a step back from the Qualcomm Snapdragon chip set to be in the HTC One M9.

The One Plus will feature a slightly larger display with a 1440p screen, 3GB of RAM and 32GB of internal storage.

KitGuru Says: HTC has yet to announce the One M9 Plus but this is probably it. It features a higher end screen but a lower end CPU, which is a curious compromise, it will be interesting to see how much this device will cost once launched.