The Mobile World Congress is coming up next month so we will get a good look at plenty of new smartphones for release this year. However, that doesn't mean things won't leak beforehand, as is the case here with reports claiming that Microsoft is currently planning two new flagship smartphones to help boost Windows 10 on mobile. 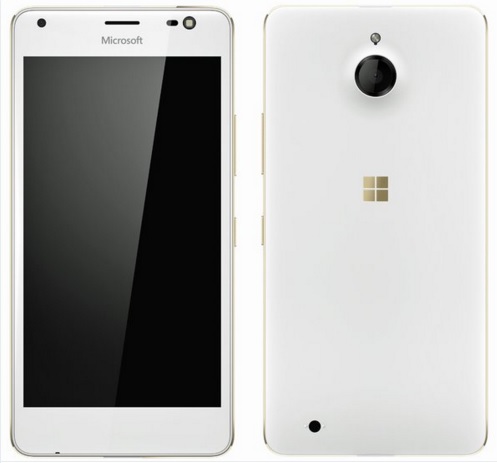 We know of the Lumia 850 thanks to filings in China dating back a few months but this week, as Business Insider points out,  a regulatory filing for the Lumia 750 leaked as well. Apparently the Lumia 850 will feature a 5.7-inch display running at 1080p, it will have a Qualcomm CPU as well as 2GB of RAM. Unfortunately, no specifications for the Lumia 750 have leaked as of yet.

We do know what the device might look like though, thanks to a leaked image from Evleaks/Evan Blass from last month.

KitGuru Says: Microsoft is making a bigger push for Windows smartphones this year with the launch of Windows 10. It will be interesting to see exactly what it has come up with towards the end of next month when MWC kicks off. Do any of you have a Windows Phone? Are you running Windows 10 on it yet?

Previous Intel could be planning a 5.1GHz Xeon for release this year
Next Kitguru Tech News recap 15th January 2016