Samsung is teasing a new tablet for MWC

Just yesterday we caught our first glimpse at Samsung’s tablet plans for 2017 thanks to an FCC filing for what seems to be the Galaxy Tab S3. At the time, it was suggested that Samsung would be bringing its new flagship tablet to the Mobile World Congress in Barcelona later this month in lieu of the Galaxy S8, which will be launching a little later this year. Since then, some new information has come to light and it appears rumours were right on the money as Samsung has already started teasing something for MWC.

In Samsung’s tease, we get a glimpse at what appears to be a tablet, as well as the announcement of a Samsung press conference on the 26th of February. 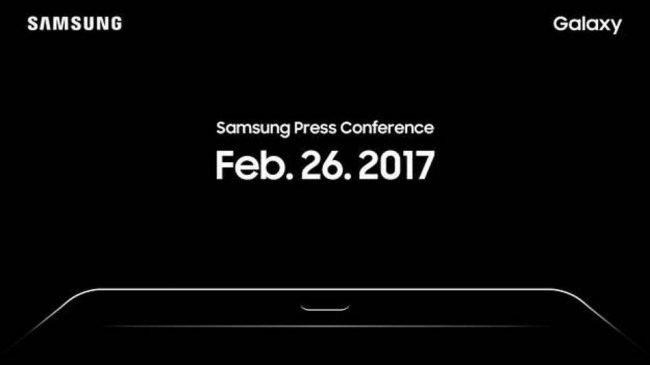 There is no other information to be found on the invitation itself but given the recent FCC filing, it seems safe to assume that we will be seeing a new and improved Galaxy Tab in a few weeks time. Back when Samsung first launched the Galaxy Tab S2, it came in two screen sizes, a 9.7-inch and an 8-inch, right now reports suggest that strategy will carry over to the Galaxy Tab S3.

In terms of specs, there is said to be an Exynos 7420 eight core SoC, which previously featured in the Galaxy S6 smartphone. There may also be a fingerprint scanner and 4GB of RAM to help with multitasking duties. Hopefully we will get confirmation of all of this on the 26th.

KitGuru Says: It seems that Samsung is still looking to make an appearance at MWC in Barcelona later this month, though it will be a shame to have no Galaxy S8 present.