Apple has received more than it bargained for when it told people to ’embrace the notch’. The iPhone X is no longer the only smartphone around to sport the display design, with multiple Android phone makers following in its footsteps. The latest Android phone to sport a bezel-free design with a notch at the top is the Asus Zenfone 5 and 5Z, which has a 90 percent screen to body ratio and a notch that is 26 percent smaller than the one found on the iPhone X.

The new pair of devices were unveiled at MWC this week. Both sport 6.2-inch displays, but the Zenfone 5Z sports better internal specifications. In terms of physical size, the Zenfone 5 is the same size as the 5.5-inch Zenfone 4, but thanks to the 90 percent screen to body ratio, Asus was able to fit a much larger display. Speaking with The Verge, an Asus spokesperson recognized that “some people will say it’s copying Apple” with the design, but added that “we cannot get away from what users want, you have to follow the trends”. 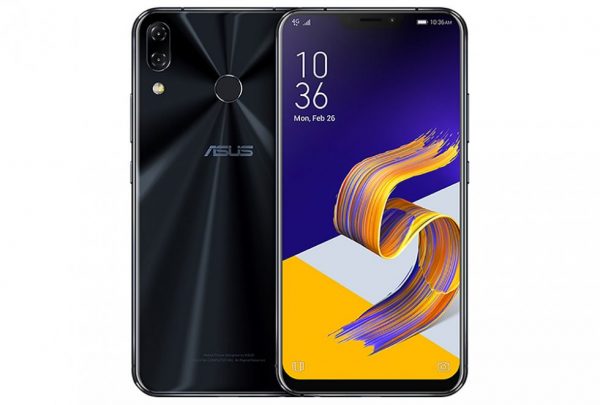 Aside from the overall design, Asus has packed some interesting features into the Zenfone 5 and 5Z. For starters, it has something called the ‘AI Display’, which will keep the display on while you’re looking at it, and automatically adjust color temperature.

The display has a 19:9 aspect ratio and a 2246×1080 resolution. Under the hood, the Zenfone 5 is powered by a Snapdragon 636 processor and 4GB or 6GB of RAM. Meanwhile, the Zenfone 5Z comes with a Snapdragon 845 processor and 8GB of RAM. There are some storage differences too, with the base model sporting 64GB of internal storage and the Z version coming with a maximum of 256GB. There is a pair of cameras on the back too, one 12-megapixel sensor and an additional 8-megapixel wide-angle sensor.

The Zenfone 5 will be available in April though exact pricing has not been announced. The Zenfone 5Z will be coming a little later in June with a starting price of $499/€479.

KitGuru Says: It looks like the display notch will be becoming a bit of a trend over the course of this year. What do you guys think of the Zenfone 5 from Asus?