Apple is increasingly favouring touchscreens lately, as its last MacBook Pro redesign in 2016 introduced the Touch Bar just above the keyboard. In a new patent, it seems that Apple wouldn’t mind eschewing physical keys entirely, replacing the keyboard with a full OLED display that acts as a second screen when not in use.

The United States Patent and Trademark Office has approved Apple’s patent, titled “dual display equipment with enhanced visibility and suppressed reflections.” Within the patent, according to Patently Apple, the company is proposing two different devices, both of which centre around replacing the physical keyboard with that of a touchscreen.

One device looks similar to a MacBook, with the second OLED screen connected via hinges where the keyboard would ordinarily reside. The second is detachable and acts as an accessory, attaching the dynamic touchscreen keyboard similar to how accessories currently clip onto an iPad or Microsoft Surface Pro. 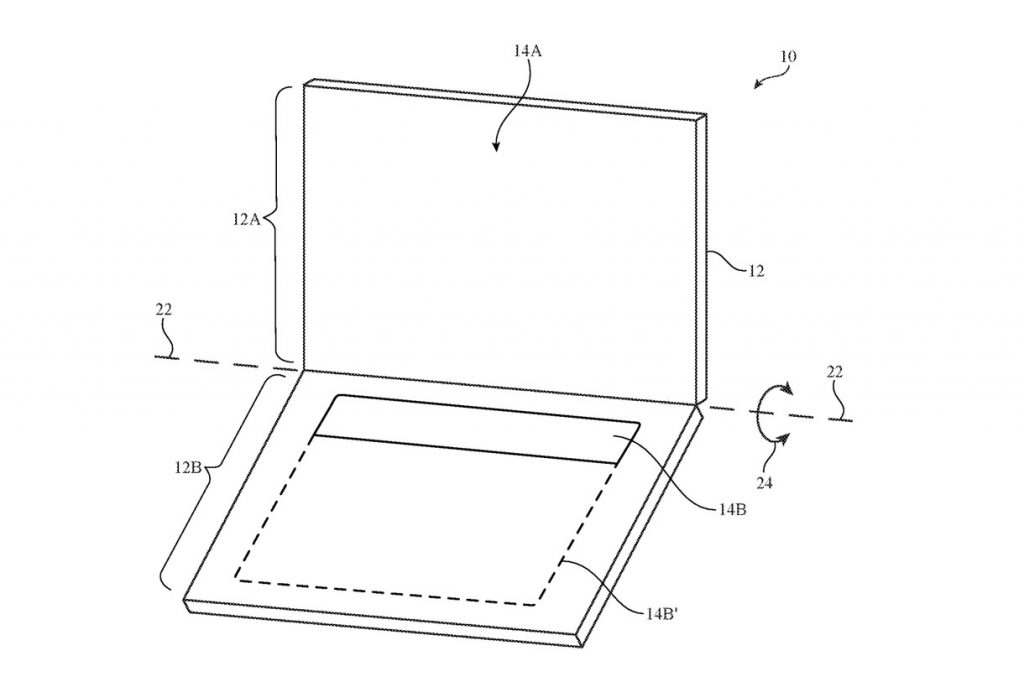 Apple notes that only one of the two screens on the dual devices would be OLED, perhaps given the versatility the panel offers in comparison to LCD, which the static, upright screen still houses. While this might initially seem like an odd move as touchscreen increases in popularity, this is likely to save cost as two OLED panels would set the device’s RRP much higher.

It seems that Apple has also taken into consideration the screen glare that could be caused by using a second screen. The patent outlines the use of polarisers in an attempt to minimise reflections between both screens and solve the problem.

KitGuru Says: Of course, this is just a patent and might not see the light of day, but it does seem that Apple has thought of enough to gear this up as a real product. Personally, I’m not sure I could give up the tactile feel of physical keys, particularly having embraced mechanical keyboards. Are you interested in the idea of a dual screen laptop? How do you feel about using touchscreen keys?