The new HTC One has been officially revealed

HTC has had a hard time keeping the new HTC One (M8) under wraps, over the last couple of months the device has been leaked in long, in depth videos and pictures but now the company has officially revealed its new flagship device- which is available to buy today.

HTC is refining the formula this time around, previously the company had received nothing but praise for its design choice, so it has chosen not to mess around with it too much. The new ‘One’ will feature a 5.0 Inch 1080p display, a 2.3 GHz Snapdragon 801 System on Chip, 2GB RAM, 2600 mAh battery and 16GB or 32GB of storage coupled with a MicroSD card slot, which will really help it compete against the Samsung Galaxy line. 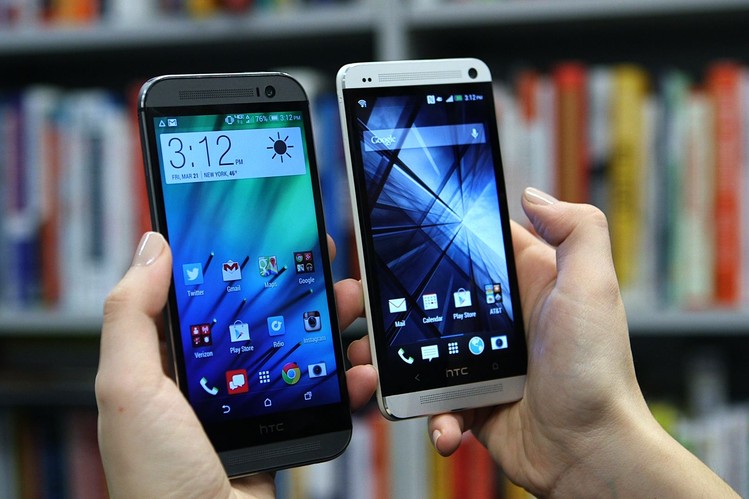 The phone does feature two cameras, the ultra pixel sensor is the main camera while the second helps provide depth information. There will also be a dual colour flash included to help naturally illuminate pictures, focus times have also been sped up to 300 milliseconds. While we don’t know the back camera’s pixel count, we do know that the handset’s front facing camera will be 5MP with a wide angle lens. The phone includes the standard 3G/4G LTE support and has switched from Micro SIM to Nano SIM.

As far as software goes, we will be getting Android 4.4 KitKat with the Sense 6.0 skin on top. Blinkfeed will also make a return on the phone’s home screen, although this time it has been tweaked and will feature more customisation options.

KitGuru Says: Most of what we see here has been leaked multiple times before launch so there aren’t really any surprises. That said, the phone still looks like a top contender and could give Samsung a run for its money as the top Android device.