Home / Lifestyle / Mobile / You can now buy a OnePlus One without an invite, but only on Tuesdays

You can now buy a OnePlus One without an invite, but only on Tuesdays

The OnePlus One became a huge success when it launched last year with flagship level specifications at a much lower price. However, aside from a couple of one off events, people looking to buy one needed an invite. Fortunately, this isn't the case anymore.

You can now buy a OnePlus One smartphone without an invite, although you can only pick one up on Tuesdays. The Chinese firm made the announcement over on its blog, stating that: “We will open up sales for 24 hours, starting at 8am London time (midnight in Los Angeles; 4pm in Hong Kong).” 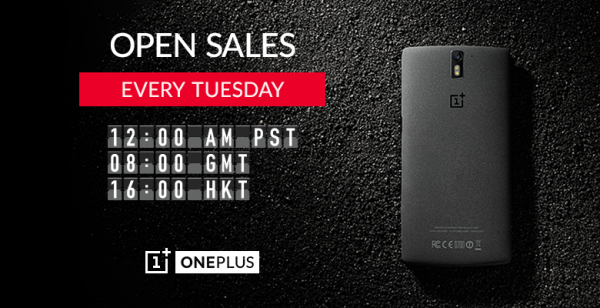 Both the 16GB and 64GB versions will be available for £229 and £269 respectively. There is no micro SD card slot on the OnePlus One so kicking up the little bit of extra cash for the 64GB model sounds like a good idea.

While this is good news, we are expecting the OnePlus Two to launch some time over the next few months. Other device makers like Samsung, HTC and LG are all also expected to launch new flagship phones fairly soon, although these will all likely be much more expensive.

KitGuru Says: We know a few of our readers own a OnePlus One and seem to like the device. Have any of you wanted to buy one but couldn't get an invite? Are you tempted to get one now or will you be waiting for the next version?