Logitech, one of the world’s top makers of personal computer peripherals, has announced its quit from the market of affordable OEM mice supplied by PC manufacturers and which are sometimes found in retail. Sales of such devices got lower in the recent quarters because of competition. From now on, the company will focus on more expensive pointing devices, which it sells through retail channels.

Computer mouse is the product that made Logitech famous back in the eighties. The company has introduced a number of innovative technologies related to pointing devices as well as invested a lot in ergonomics. As a result, starting from the nineties, its mice have been the most popular mice on the planet based on unit sales. One of the reasons why Logitech’s mice became pervasive was the fact that the company sold its mice with new PCs as well as via retail. However, due to the fact that OEM mice have very limited profit margins, Logitech decided to quit this business,

“While the OEM business has been an important part of Logitech’s history, we see limited opportunities for profitable growth,” said Bracken Darrell, president and CEO of Logitech, during the company’s recent conference call with investors and financial analysts. “Given our heightened focus on our growing retail strategic business, we plan to exit OEM in the coming months.”

Back in March, Logitech disclosed that its strategic retail categories (i.e., everything it sells in retail) had been delivering consistent growth for years. Growing categories of products (e.g., wireless speakers for smartphones) now account for over 30% of strategic retail sales. As a result, shipments growth of emerging products will easily offset the lack of cheap OEM mice in Logitech’s lineup going forward.

While Logitech has its own manufacturing capacities, it did not use them to produce OEM mice, which account for 6 per cent of its sales today.

Even though Logitech could sell off its OEM mice business or license its brand and technologies to other companies, it decided not to do so.

“We are going to stop selling OEM mice and most of those we did not produce,” said Vincent Pilette, chief financial officer of Logitech. “It is very low margin business, it is hard to imagine that we are going to sell that for a lot. So, I would not assume much if you think that there is a possibility of selling it.”

While Logitech will cease to sell cheap mice to PC makers, many premium PCs will still be supplied with the company’s products. For example, many gaming PCs are sold with retail gear from Logitech. 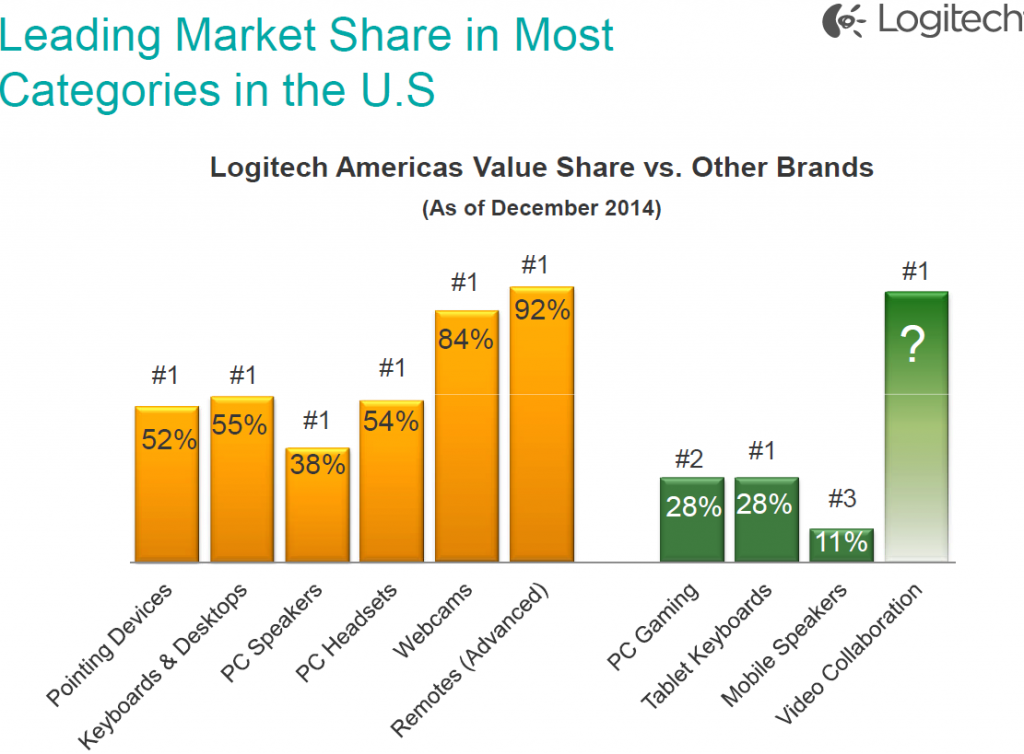 At present Logitech is the world’s biggest supplier of mice. The company is also the largest producer of keyboards, speakers, headsets, webcams and many other product categories in the U.S.

KitGuru Says: Keeping in mind that OEM mice from Logitech were not advanced at all, they will hardly be missed by the market.