Today we are lucky enough to get our hands on a set of the new SteelSeries Fnatic 7H headphones. Team Fnatic are considered one of the top ranked professional gaming teams on the planet. The fact that members of team Fnatic are involved in the design of this headset should raise the anticipation level of any gamer that may be considering a new headphone purchase.

Even though some of you know something about Fnatic we thought it would be good to provide a bit of their gaming history:

“Ever since the birth of what we know as playing computer games professionally, there has been Fnatic. Having lodged the quickest Painkiller, Unreal Tournament and Quake Live players, the most clever WarCraft III, StarCraft II and World of Warcraft players, the most avid Dota, League of Legends and Heroes of Newerth players, and last but not least the most experienced Call of Duty and Counter Strike teams. Fnatic is known for scooping up talent before you even knew it existed. Fnatic houses players from across the globe, have won multiple world championships across game genres, and are one of the most accomplished gaming teams in the world.”

Previous Will the next Einstein be a computer?
Next Asus Sabertooth Z77 Motherboard Review (with OC GTX680) 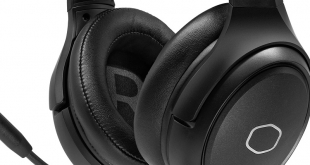 CoolerMaster has rolled out its latest range of headsets to suit all types of gamers, …