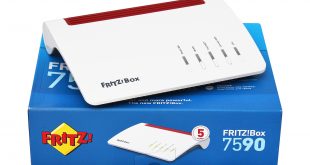 If you just want basic WiFi and a few wired ports connected to your broadband, the router that came with your Internet service might be enough. But a top-end WiFi router can give you a whole lot more in feature terms, and the AVM FRITZ!Box 7590 is a case in point. Not only does it include a potent firewall and VPN capabilities, but it also integrates a host of IP telephony and NAS features in an attempt to be the central hub of all your communications.

The FRITZ!Box 7590 is the flagship in AVM’s range. You might not have heard of AVM, and you might think the product name is a bit strange. But AVM has been around for over 30 years and its products have a strong reputation, particularly amongst small business users.

The 7590 combines dual-band WiFi with a comprehensive range of wired connectivity options. The WiFi has a pretty potent specification, offering 1,733Mbits/sec over 5GHz and 800Mbits/sec over 2.4GHz, which would give it a AC2600 rating, although AVM doesn’t use this terminology. 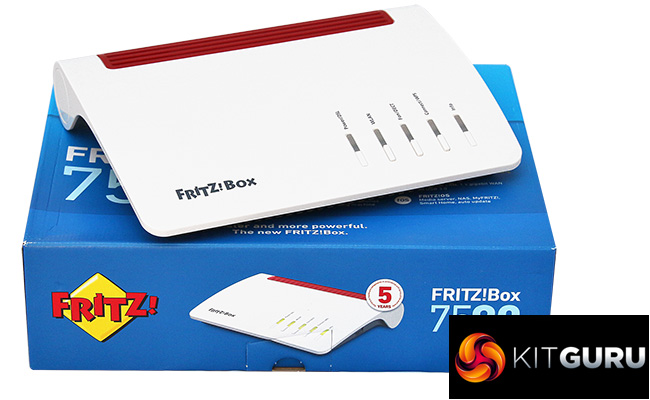 The 7590 is veritably bristling with wired connectivity too. There’s a four-port Gigabit Ethernet hub, a Gigabit Ethernet WAN port as well as a separate Gigabit port specifically for DSL/VDSL, and two USB 3.0 connections. This is also the first router to support VDSL 35b super vectoring, which we will explain later.

However, the most unique connectivity comes from the three telephony ports. Two are for analog phones or fax machines, and the third supports ISDN. This can be connected to an ISDN phone or even an exchange. The 7590 is also a DECT base station for up to six handsets, so pretty much all telephony options are covered.

It’s clear that the AVM FRITZ!Box 7590 is much more than just a wireless router, and costing less than £250, this is also reasonably priced for a premium model. So read on to discover if it’s a premium bargain.