Although still partnering with TTC going forward, Roccat has spent more than a year working on a new design for keyboard switches. The first of this new generation of products is the Vulcan and we managed to get hands on with the product recently. We spoke with Roccat Marketing Guru Jessica Albiston to find out more.

Cherry Brown has been one of the most popular switch styles, at the ‘serious gamer’ level, for many years. So what will be changing? What is Roccat looking to offer in the RGB mechanical switch space that’s different?

“We spoke with a lot of gamers and decided that they would be interested in a quicker product with extreme durability”, explained Jessica. “Specifically, we wanted to have a faster activation rate and for the firmware to recognise the ‘bounce’ sooner”. 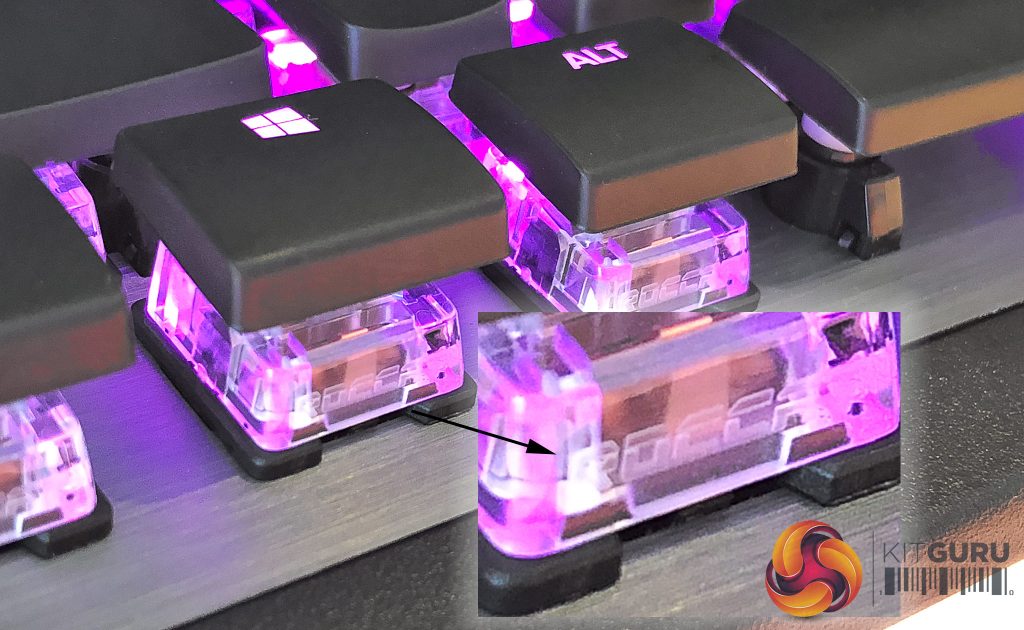 Interesting. So what improvements have been achieved?

“Our previous switched were reacting after a 2mm movement, but the new Roccat Titan Switch is activated when the key has moved 1.8mm”, Jessica told us. “That small difference of 0.2mm means that the firmware ‘sees’ your movement 1ms faster. In the heat of battle, that can mean the difference between victory and defeat”.

“In terms of endurance, we’ve designed the Roccat Titan Switch to have a lifespan of 50 million clicks”, she revealed, putting it on par with the most durable of Cherry MX switches.

So what will be the first products with the new technology?

On display were two versions of the Vulcan keyboard: one with standard lighting and one with RGB. The standard model is expected to be on the shelves in the UK in Q3 2018 with a retail price of £119 and the RGB model will set you back closer to £139. In both cases, there is an optional wrist rest which adds £10.

KitGuru says: German design and Far East manufacturing has been a popular combination in many markets. The new keyboards look/feel right – so should be appealing to any gamers that aren’t hardcore Cherry snobs.