While water resistant keyboards aren’t a new concept, they have received an increasing amount of attention lately with SteelSeries’ Apex 150 and Razer’s Cynosa Chroma. Taking it one step further, Razer has now introduced the feature to its mechanical range with its BlackWidow Ultimate redesigned to include IP54.

Most boards sporting water resistance are of the membrane kind, in that the key switches are rubber dome. This trend was broken when Corsair released its fully mechanical K68 with an IP32 rating earlier this year. Razer has gone one further, with its new BlackWidow Ultimate rated at a hefty IP54.

Generally, we see IP ratings regarding smartphones, with the first number indicating how dust resistant the device is and the second referring to its protection from water. The higher the number, the better, with the highest number being 7 for dust protection and 9 for water resistance. Since those numbers represent absolute protection, we rarely see above IP68, which ensures protection from harm under temporary immersion of the foreign objects.

While the new BlackWidow Ultimate isn’t quite at that level, Razer is confident that it is the most resilient board in its arsenal and could perhaps be one of the most protected boards available commercially. From the press photos, it looks like it can withstand rather heavy spillages, however users will likely be required to drain the board manually using the easily-removed keycaps if they were suddenly to find a cloud above their head.

The board’s other features remain the same as previous iterations of the BlackWidow, including the company’s signature Green mechanical switches, green backlit keys and macro recording via Razer Synapse 3.

KitGuru Says: I will admit to have lost a keyboard due to clumsiness of spilling something, and while I’m infinitely more careful given that my livelihood depends on it, these boards would have saved me a lot of hassle. Does Razer’s new BlackWidow appeal to you? 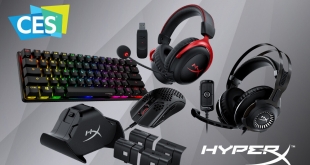