ASUS ROG is no stranger to peripherals, with different options to suit a range of budgets. This week, the ROG team is launching a new mechanical keyboard, targeting high-end FPS gamers.

The ROG Strix Scope has been spotted before, after being briefly announced at CES this year under the name ‘ROG Strix CTRL’. The name has changed but the core feature remains the same. In this keyboard, Asus has implemented an extra-wide Ctrl key to help those that regularly miss the key and accidentally shift or the Windows key. The ROG Strix Scope has some other notable features too, including an ‘instant privacy’ button that mutes all audio and hides on-screen apps with one key press. 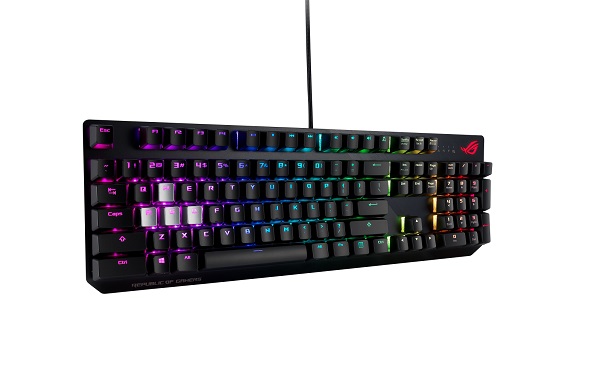 You can also use a quick toggle to switch Function keys from media controls to traditional functions. As you would expect, this keyboard makes use of Asus Aura RGB lighting.

Given that this is a high-end keyboard, it uses an aluminium face plate. It also comes available in a variety of Cherry MX switch options, including Red, Brown, Blue, Black, Silent Red and Speed Silver.

The Asus ROG Strix Scope keyboard will be available later this month. The MSRP is set to be £149.99.

KitGuru Says: The Strix Scope looks like a really nice keyboard with some fairly interesting features. Although I do wonder if its enough to justify a £150 price tag. Are any of you looking to get a new mechanical keyboard this year? Would you be interested in the Strix Scope?