It looks like ROCCAT is officially completing its new AIMO peripheral ecosystem with the launch of the new Khan AIMO headset. This particular headset retains the critically acclaimed features of the Khan Pro and makes various improvements to other areas.

The ROCCAT Khan AIMO comes equipped with 50mm drivers, which is exactly what you would want from a high-end gaming headset. There is virtual 7.1 surround sound support, alongside a paired sound card that enables high resolution 24-bit audio straight out of the box. The integrated sound card can deliver 24-bit at 96KHz, outperforming other onboard solutions on most motherboards. This also takes away the need to obtain your own sound card and take up extra space inside your system. This, paired with virtual 7.1 surround sound will help gamers take full advantage, particularly in competitive games, making it easier to pin point where sounds are coming from. 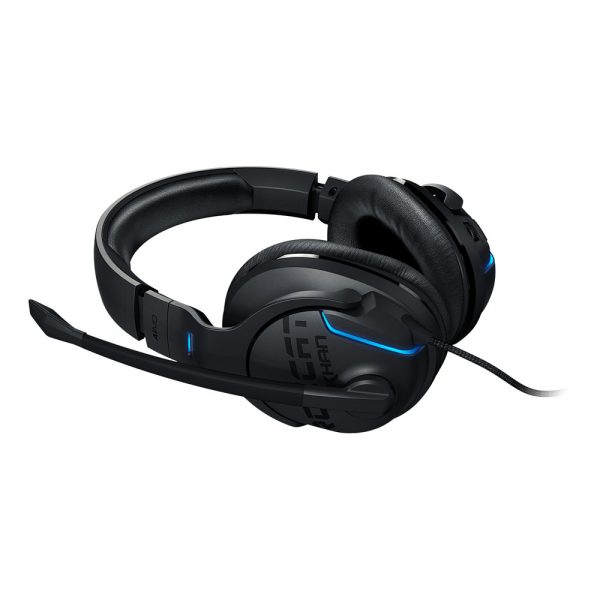 The Khan AIMO is built to last with stainless-steel sliders holding the ear cups and the head band together. This particular headset is also on the lighter end of the spectrum, weighing in at just 275 grams. As long as the headset doesn't end up putting too much pressure on the wearer's head, then they should be able to forget it is there all together. We'll hopefully dig deeper into that side of things if we get our hands on a sample for review.

The ear cups are lined with memory foam and the headband is padded, so on paper, comfort shouldn't really be an issue. Last but not least, the Khan AIMO also supports RGB lighting effects, just like the rest of the AIMO range. The ROCCAT Khan AIMO will be available soon, currently the MSRP is set at $119.99.

KitGuru Says: It has been a while since I've looked into the gaming headset market. Are many of you currently shopping around for a new pair of headphones for PC gaming? What do you think of ROCCAT's Khan AIMO?