Maker of the world’s most talked about virtual reality headset, Oculus, has managed to secure another $75 million worth of funding to help continue development on the consumer version of its Rift headset, set to be released towards the end of next year.

This follows on from the initial $2.4 million generated by the Kickstarter campaign and a second run of funding in June this year that pulled in a further $16 million from investors. While these goals were obviously impressive, this new round of funding is far more substantial and should allow the company to fulfil many of its aims with the consumer Rift.

As it stands, the Devkit One version of the Oculus Rift is a low res, 720p screen (1280 x 800) and it’s split across two eyes, so displays only 640 x 400 pixels to each eye. Partly because of this, it suffers from a “screen door effect,” where you can see the gaps between individual pixels and it’s still relatively ungainly and has an immersion breaking (when it brushes your arm) wired cabling system. Many of these shortcomings are planned as fixes in the consumer version, with an HD screen already being trialled in a new internal devkit. Beyond that wireless integration is a possibility, as are improvements in the screen door effect, reductions in latency and the introduction of head tracking that will do more than just account for the pitch and yaw of the headset.

However, as well as helping with developing the consumer version and delivering it in high volume at launch, this extra funding is also going to go to developers, to help foster the gameplay marketplace so that there are games and experiences ready for those early adopters to enjoy.

“They’re not just betting that their game will be successful, they’re also betting that Oculus will sell enough units to make their game profitable, and that’s a really big bet for a developer to make,” says Palmer Luckey, Oculus founder. “If a company is going to take out a lot of time from their development schedule to build a game in VR, we don’t want them to have to shoulder all of that risk themselves.”

As it stands there are hundreds of experiences and tech demos that have been created for the Rift, but only a couple that could be considered complete games and even those tend to be very short. Some titles like Half Life 2 have been retrofitted to work with the Rift, but they’re far from perfect.

KitGuru Says: Extra funding, especially on the game development front, is great news for Rift users around the world. There’s apparently some 40,000 of us now too. That’s getting sizeable. 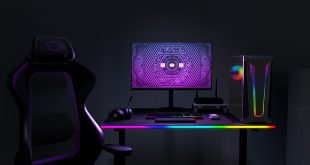 We’re used to seeing Cooler Master’s name pop up when it comes to peripherals, cases …