While mouse manufacturers have finally been turning their attention to left-handed gamers in recent years with ambidextrous mice, these products often forgo many of the features that right-handed players get access to. Razer is hoping to turn the tide on this moving forward with its exclusively left-handed Naga Trinity gaming mouse, provided that it achieves its crowdfunding goal.

Razer CEO Min-Liang Tan turned to his Facebook followers in June to express thoughts on making the company’s wildly popular Razer Naga Trinity for left-handed gamers. The Razer Naga Trinity has already experienced quite a bit of success with its traditional right-handed edition, combining the best elements of its Naga and Naga Hex V2 by giving the player a chance to customise its side buttons between three different panels. As it stands, Razer is one of the only manufacturers putting together options for left-handed gamers, but it isn’t as simple as “just flipping the design.”

The costs of putting a new device of any kind into production is quite high across manufacturing and distribution, with many companies forgoing the left-handed market entirely due to the risk of its smaller size potentially resulting in a loss. This is why billion-dollar firm Razer has taken to Kickstarter to fund its latest edition. 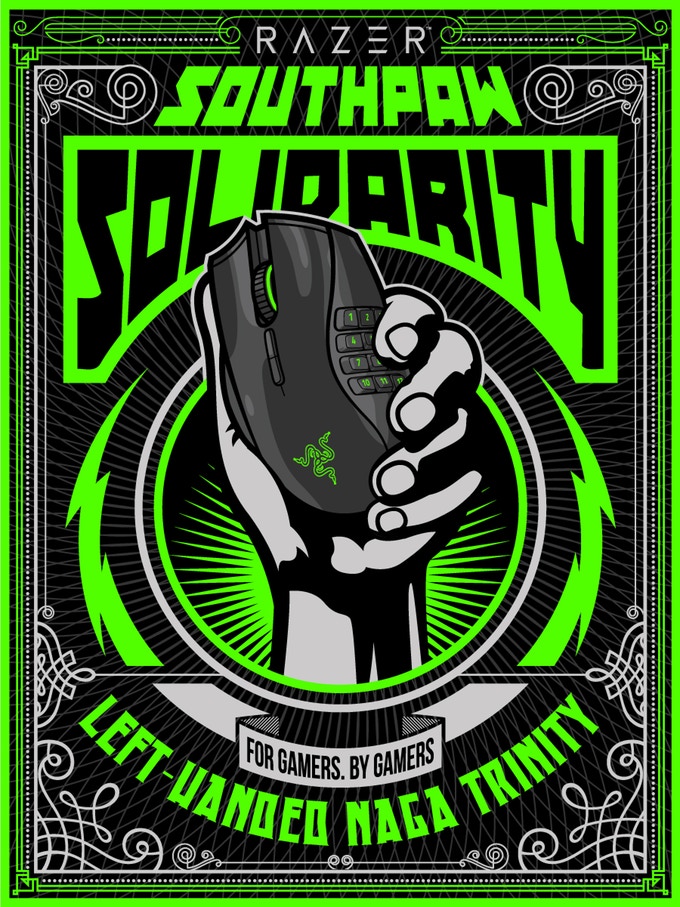 “Over the past 6 years, we’ve shipped thousands of left-handed Naga mice—the amount we ship for right-handed mice in a day,” Razer explains on its crowdfunding page. “This has caused us to significantly dial back on the production of left-handed mice due to the low demand and high costs involved. But don’t worry, we’re not stopping now. With your help and support, we can give left-handed gamers around the world a chance to experience our most advanced Naga yet.”

The Kickstarter campaign offers seven different tiers, starting with a $1 thank you. Backers can get their hands on a special edition Razer Goliathus Speed mouse mat for $19, or a left-handed Naga Trinity for $89 if you’re an early bird – back up to $99 once the remaining 1,200 units sell out. $120 will bundle the mouse mat with a left-handed Naga Trinity, $198 will net backers two of the mice and the top tier of $297 will bundle three Trinity mice together.

KitGuru Says: There’s no loss if Razer doesn’t manage to hit its goal, so if you are left-handed or have a buddy that is, it’s well worth snapping up the offer while it’s here. An ambidextrous version of the modular Naga Trinity would be interesting, if at all feasible but the higher cost would likely turn both types of customers away. What do you think about Razer taking to Kickstarter for the left-handed Razer Naga Trinity?