Logitech has announced a new gaming mouse in its peripheral line-up, declaring it the “World’s Fastest Gaming Mouse.” It’s called the G402 Hyperion Fury and while you’d think it would be highly sensitive, this one actually tops out at 4,000 DPI, but features a new sensor technology for faster and more accurate tracking. 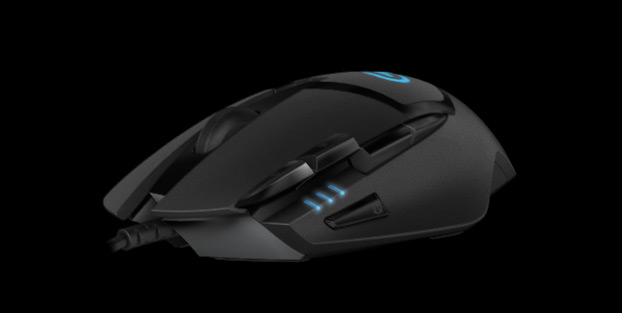 Looking quite like the Logitech Proteus Core we reviewed earlier this year, the Hyperion Fury is said to be able to track over 12 metres per second, thanks to Logitech’s “Fusion Engine” sensor tech and is incredibly accurate, due to Logitech’s “Delta Zero” tech. What this actually boils down to is the use of an accelerometer and gyroscope augmenting the optical sensor, to provide high speed movement at lower sensitivities.

The idea is, that standard optical sensors can occasionally miss a movement, creating inaccuracies or slowing down a player. That shouldn’t happen with the Hyperion.

Other features include DPI switching on the fly, eight reprogrammable buttons and a 32bit onboard ARM processor to handle all the clever calculations.

The Hyperion Fury is set to become available in August, with a suggested retail price of £50.

KitGuru Says: I’m sure we’ll have one of these through for review soon. So watch this space for more details.