Back in 2012, Razer updated the Mamba, its wireless gaming mouse, which is still going strong today. However, that was three years ago and technology is constantly evolving, so today, Razer has revealed two forms of ‘the new Mamba’, the most advanced gaming mouse possible today.

At E3, Razer revealed a revamped version of the wireless Mamba gaming mouse with additional Chroma lighting, alongside a new wired ‘Tournament Edition’ of the mouse, aimed at competitive gamers. Both mice use a new 16,000 DPI laser sensor along with several additional programmable buttons. 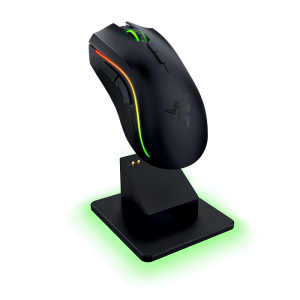 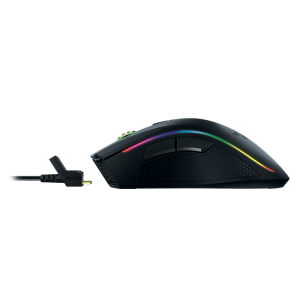 As you can see, the mouse has retained its familiar shape. The wireless version can now last up to 20 hours of gaming while not plugged in, according to Razer, which is an improvement over the 16 hours the previous 2012 Mamba claimed. The new wireless Mamba comes with what Razer is calling ‘Adjustable Click Force Technology’, which allows gamers to adjust the level of click force needed to activate a mouse button.

The Tournament Edition unfortunately does not have this feature, although the buttons on that model are likely already tuned to activate as fast as possible, which would make sense as it is aimed at eSports players and competitive gamers. The wireless Mamba weighs in at 125G while the tournament edition weights 133G, so both mice are on the lighter side. Both mice are also capable of tracking 210 inches per second and are rated for 50 G acceleration.

The Razer Mamba will launch later this year, the wireless version will set you back £134.99 while the Tournament Edition will cost £79.99 instead. You can sign up to be notified of availability at Razer’s site, HERE.

KitGuru Says: The Razer Mamba is an iconic mouse. While it might not be as popular as the Deathadder, it has been a great option for those who prefer wireless mice in the past. Do any of you own a Razer mouse? What do you think of the new Mamba?

Previous ASRock USB 3.1: A Quick Hands-on Test
Next The Netflix website has been re-designed 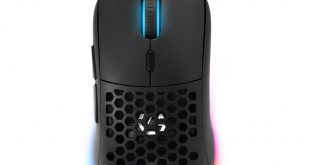 Last year, we reviewed the Sharkoon Light² 200, which won our ‘Worth Buying’ award. Today, a new …