Later today, Roccat will be launching a brand new AI-powered mouse called the ‘Kone AIMO’. The latest addition to Roccat’s award winning Kone-series of mice was built following a massive survey that asked around 30,000 gamers about their ideal mouse weight, size, lighting options and more. The Kone AIMO is the result of that.

At Gamescom today, KitGuru spoke with Roccat’s marketing guru, Tom Loske, who said: “Eight years after Roccat revolutionised The gaming performed market with the introduction of RGB lighting, they are now the first company to introduce AI for gaming peripherals”.

The idea of an AI-powered mouse might seem a tad overwhelming at first but as Loske explains there is “no programming needed”. Instead, all AIMO products will coordinate lighting to match your screen. Roccat’s new platform can work in an open-source way too, so if other vendors are willing to open up their lighting systems, the AIMO would be able to fit right in.

This is Roccat’s 10th anniversary mouse launch, with plans to release the AIMO in September for £69. The AIMO family will eventually be expanded to include other peripherals too.

KitGuru Says: I never thought I’d see AI incorporated into a mouse but here we are. This will certainly be an interesting piece of tech to review later this year.

Previous Age of Empires 4 announced, original trilogy remasters on the way
Next Gigabyte has a massive presence at Gamescom this year 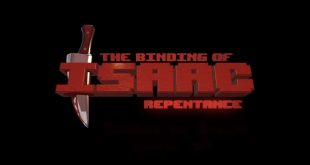 The Binding of Isaac: Repentance announced for PlayStation and Switch

The Binding of Isaac is one of the most well known rogue-like game series, with …