Rick and Morty co-creator and voice actor, Justin Roiland, has announced that he’s starting his very own virtual reality game development studio, along with Epic Games alumni, Tanya Watson. It’s called Squanchtendo and we know this because “Little Splzooshly,” the new studio’s mascot, told us all about it in a short comic strip.

Although there’s a lot of words in said comic, with Splzooshly taking us through who the two founders of the company are, what they’ve worked on (Watson previously helped create Gears of War 1-3, Bulletstorm and Fortnite), there’s a lot of silliness in the character too – as you might expect from the kind of mind that can create the burp filled universe of Rick and Morty.

Read the full strip on the official blog

The actual details of what the company plans to work on aren’t that deep. It’s going to make VR games, though in what genre remains unclear. We do see Splzooshly using an HTC Vive, so it may well be some sort of roomscale experience, but it would be silly not to make sure any game work with the Rift too if they can.

For now, Squanchtendo is just letting everyone know that it’s alive, it’s working on things and it’s looking for other people to work on those things with it. Currently there are open positions for programming, production, admin, art and design. 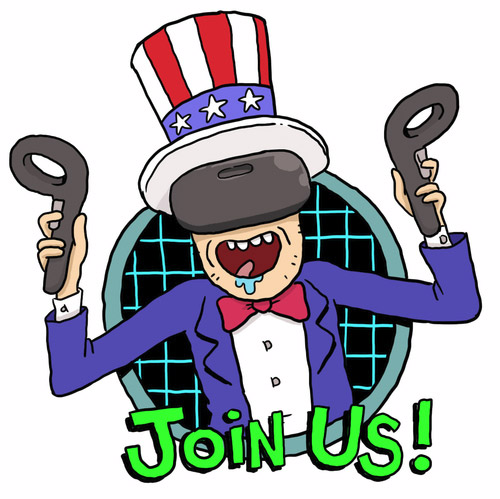 You do need to live in (or be willing to move to) Los Angeles County, California, or Wake County, North Carolina though, so it’s not open to just anyone.

KitGuru Says: Remember that this company isn’t making the Rick and Morty VR game, that’s being developed by Owlchemy Labs, so who knows what Roiland and co can come up with. What would you like to see out of the new studio?