If you happen to be a Warhammer 40K fan, then you are probably looking forward to the release of Dawn of War III later this week. As with any huge game launch, this also means GPU driver updates. We've already had a chance to look at Nvidia's latest ‘Game Ready' update and today, AMD began pushing out its latest Crimson ReLive driver, promising performance boosts and improved HDR while stealth-dropping a Quake Champions link on your desktop.

Here are the improvements the new version of Radeon Software offers:

Up to 7% performance improvement measured on Radeon RX 580 8GB graphics when compared to Radeon Software Crimson ReLive edition 17.4.3.
Improve Multi-GPU stuttering in Battlefield 1 with a 4K Display.
Removes corruption caused by HDMI scaling on some displays.
HDR colours should be improved within Mass Effect: Andromeda. 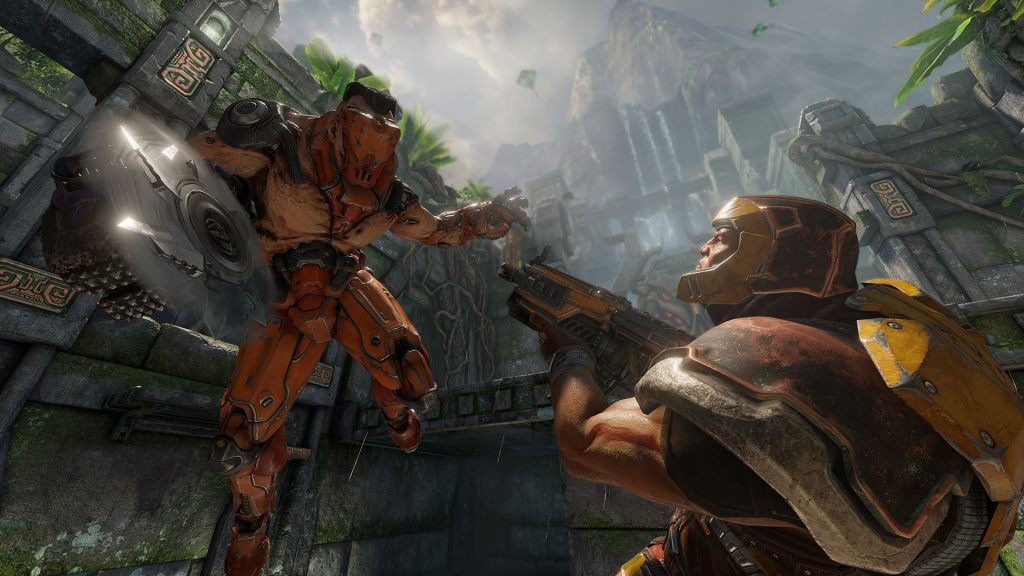 Now driver 17.4.4 will also add a tracked bit.ly shortcut link to your desktop for Quake Champions, Bethesda/id Software's upcoming hero shooter. The link takes you to the beta sign up page for the game. Advertisements within drivers aren't particularly uncommon and have appeared in the past, though it is rare to find beta sign-up links on your desktop after installing a driver update.

If you were wondering why there is a Quake Champions shortcut suddenly sitting on your desktop, then that would be why. There appears to be some cross-promotion between AMD and Bethesda at the moment, which will also extend to performance enhancements for Ryzen CPU users in future games, likely including Quake Champions.

KitGuru Says: I'm not too bothered by the Quake Champions link myself, especially since it only takes me a second to drag it into the recycling bin. Still, some may see it as an intrusive step, while others might just be confused as to how Quake Champions appeared on their PC.

Previous The Acer Predator X27 is on the way, breaking boundaries with 4K/144Hz
Next Nvidia will release a GT 1030 graphics chip after all