Suda51 and Swery65 announced yesterday that they would be collaborating on an indie horror game, titled “Hotel Barcelona”. Hosted by IGN Japan, the livestream provided a list of details, as well as a few memorable moments.

The livestream, which lasted approximately 2 and a half hours, revealed to fans the scope of the game, its inspirations, and how the collaboration came about in the first place.

According to the duo, the partnership was birthed from a food-themed PSVR game which they were working on together. After its cancellation, they began to work on their next project, now revealed to be Hotel Barcelona. Hotel Barcelona has been in development since last year, although the pair continued to pitch ideas for the game during the livestream itself.

While they announced that the project is being published by Devolver Digital, and has a budget of $1 million, the publisher later revealed on twitter that they had no prior knowledge of this game, with Swery65 then engaging in a back and forth with Devolver, discussing the need to pitch the project. 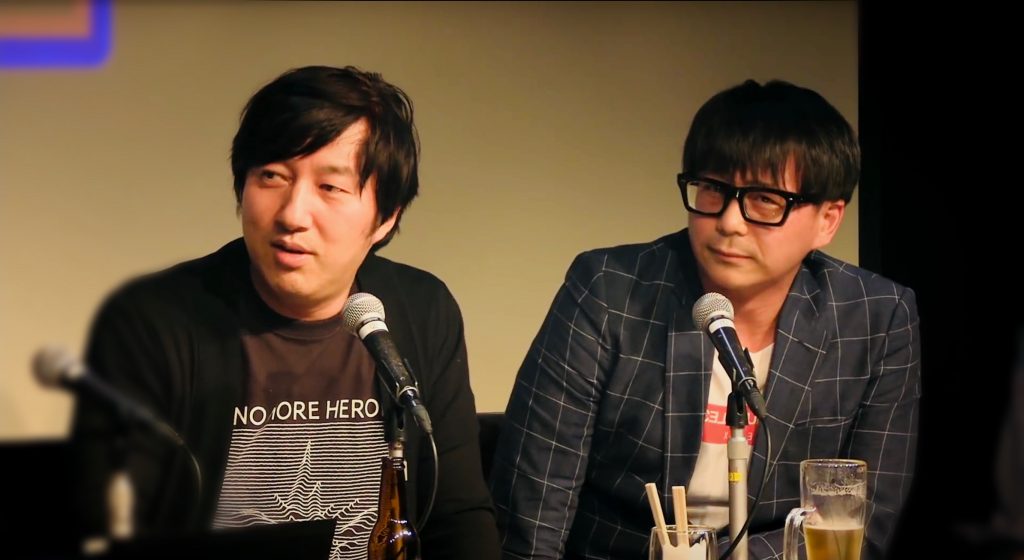 This wasn’t the only memorable part of the whole event. Partway through, Swery texted the creator of Silent Hill and Siren (of which they claim Hotel Barcelona to be inspired by), Keiichiro Toyama, and asked him to get involved with the project, to which he responded with an affirmative.

How much of this event was pre-planned, and how much was simply Suda51 and Swery65 being themselves is unknown, but it certainly created an interesting game announcement. Goichi (Suda51) Suda is known for creating ‘No More Heroes’ and ‘Lollipop Chainsaw’, while Hidetaka (Swery65) Suehiro is best known for creating ‘Deadly Premonition’, and more recently, ‘The Missing: J. J. Macfield and the Island of Memories’.

The combination of these two eccentric minds, alongside the contributions of the creator of Silent Hill, should certainly lead to a unique experience when Hotel Barcelona releases in the future, possibly on mobile, Switch and Google Stadia.

KitGuru says: What did you think of the announcement? Does the collaboration of these three creators excite you? How much of this event do you think was pre-planned, and how much was simply off-the-cuff inspiration? Let us know down below.

Previous “The End of Fortnite” garnered over 7 million viewers, breaking records
Next Sources claim that ReShade will be implemented into the GeForce Experience in new update