While the GTX480 is an impressive performer at the ultra high end, the market for £500 graphic cards is limited at best. Real sales come in the sub-£150 market. So how much longer will nVidia’s mass market DX11 parts be in hiding?

KitGuru has learned that Santa Clara is now confident of launching mainstream DX11 parts in July. That might mean the new cards can be shown behind closed doors at Computex in Taipei, first week in June. This kind of behind closed doors revelation will only be available to nVidia’s top customers, in an attempt to get them to switch from ATI’s 54xx/55xx/56xx parts.

With a low wattage GT420 providing an entry point, through to the 150w GTS455, nVidia has a full set of DX11, Fermi parts planned.

Kit Guru says: Is it a case of too little too late? Tough to tell. A major factor will be ATI’s timeline for Northern Islands. If nVidia’s new mainstream DX11 products rock and the ATI refresh happens late in Q4, then we can expect a market share move from Red to Green. If Northern Islands deploys quickly and nVidia doesn’t manage to beat the existing products, then Red seems like a safe bet for quite some time. 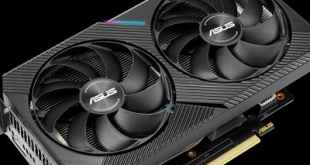