If you blinked you may have missed it – but Asus recently released a one of a kind, strictly limited edition GTX980. This card hit the United Kingdom in very small quantities and according to our sources in ASUS they sold out before you could say ‘YES PLEASE!'. We managed to get our hands on the card for a short while – just to show you what you are missing. No time for benchmarks, but no doubt we will see a handful of these hitting ebay soon at prices to make grown men weep.

So what is the big deal? Well the card is a tweaked, improved, high end ASUS Matrix Edition, with a funky matte gold colour scheme. Plus semi passive fan control.

No corners have been cut, they are using high grade Japanese 10K black metallic capacitors to offer 20% greater temperature endurance. They include a ‘memory defroster' which puts a stop to cold bugs. The cooler is all black, with a thick 10mm heatpipe. You can see the official webpages dedicated to this card – HERE and HERE.

Asus pushed the core speed higher with this card – to 1,431mhz. The '20th Anniversary' writing on the graphics card changes colour depending on load – from blue (light), to Orange (medium), to Red (heavy). Safe mode is indicated by a green light.

While we don't have a wealth of benchmarks – due to very limited time with the card, we can say it performs at the level we would expect from a highly overclocked GTX980. We managed to increase the boost speed to almost 1,600mhz on air, which was rather impressive. To sweeten the deal Asus even throw in a large STRIX branded mousemat – the first thing to greet you when you open the box. Under the card are two braided power converter cables. Very flash.

If you manage to find one of these cards, expect to pay through the ying-yang to get it in your own system. I can't say I am normally a fan of the colour gold, but the matte finish of this card is actually rather appealing.

Today we can present a little gallery for your viewing pleasure – taken in our studio with a Canon 1DX and 24-70mm Canon F2.8 lens. Right click on the images and save image as – to get the full size images onto your desktop.

Discuss the ASUS card on our Facebook page, over HERE. 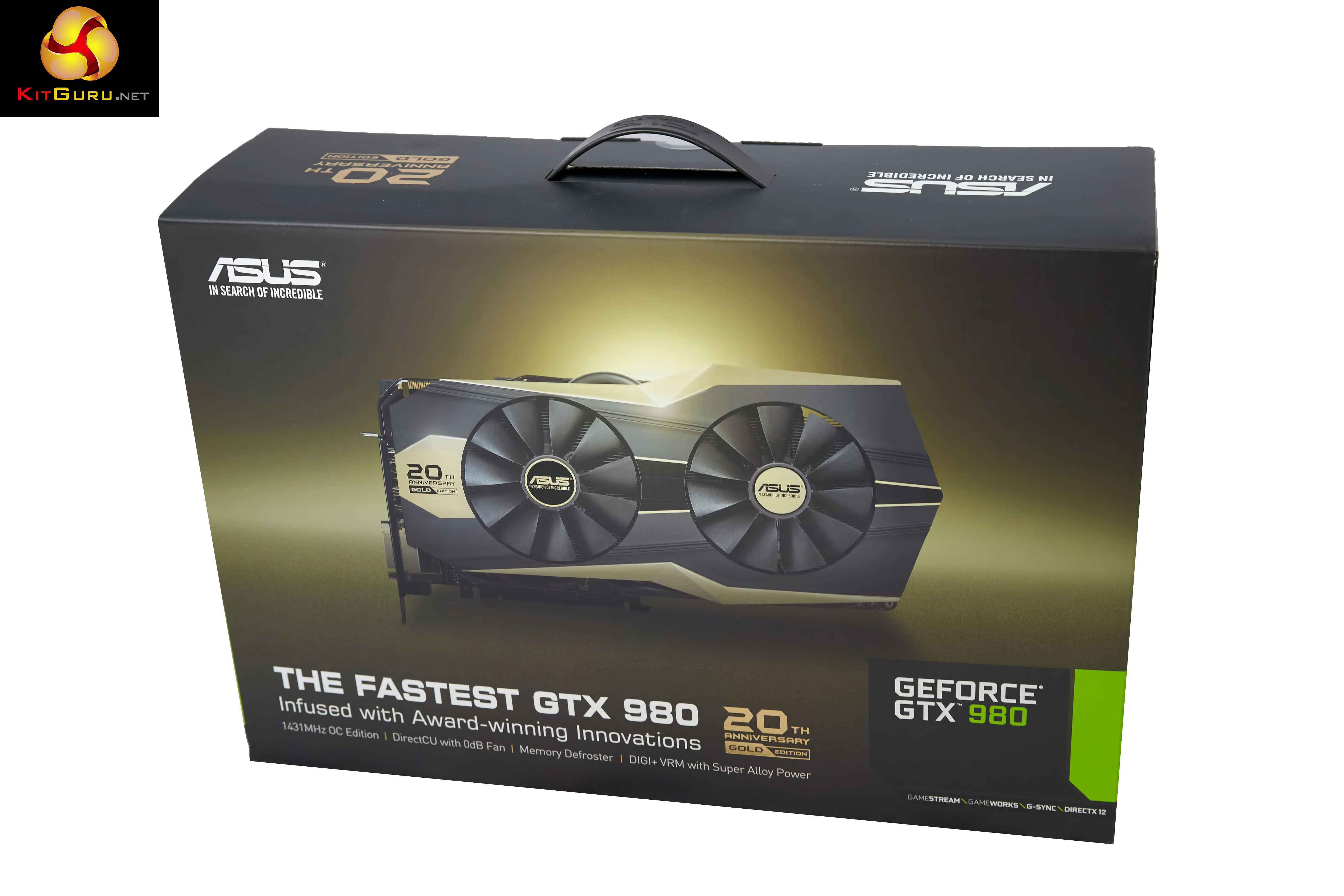 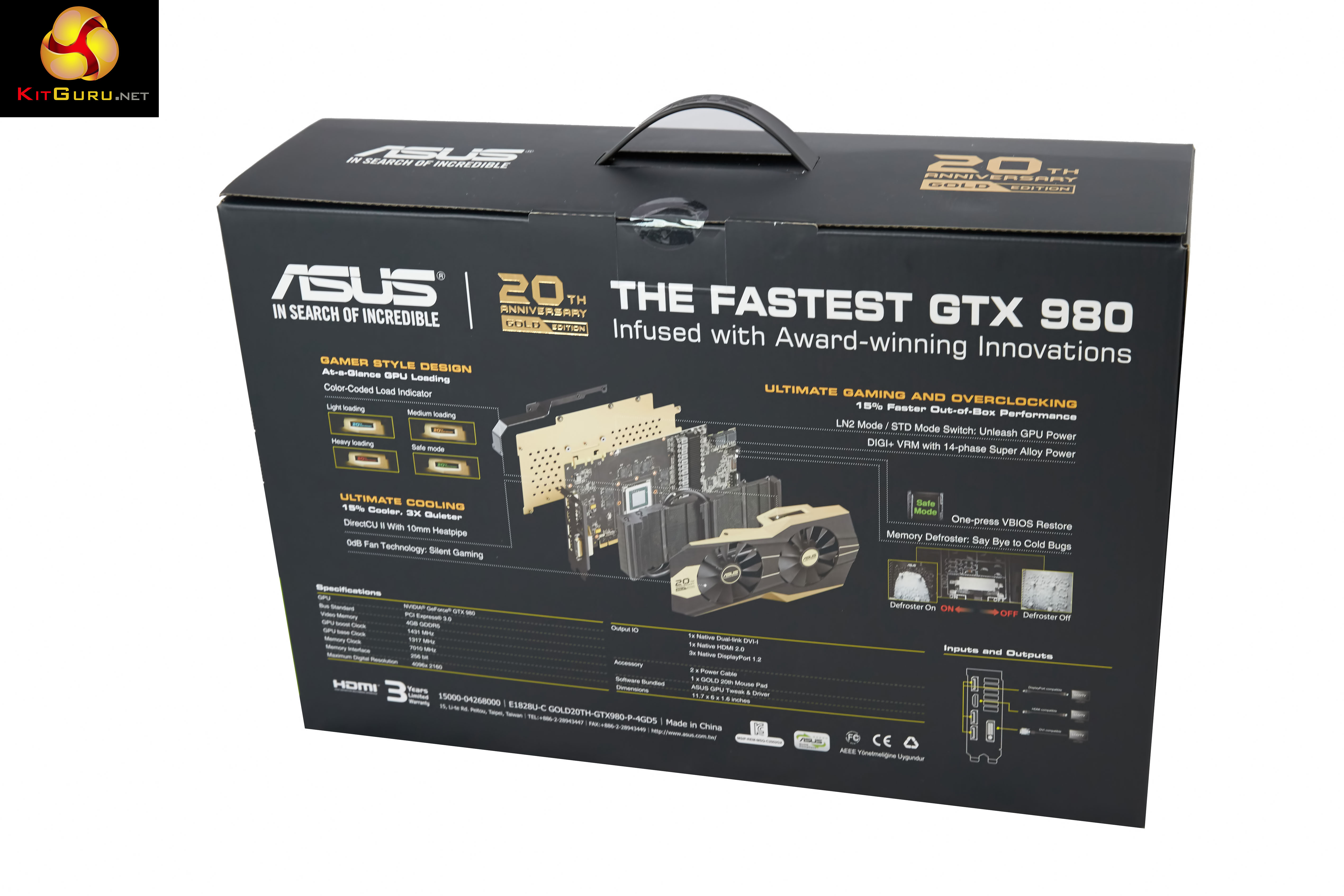 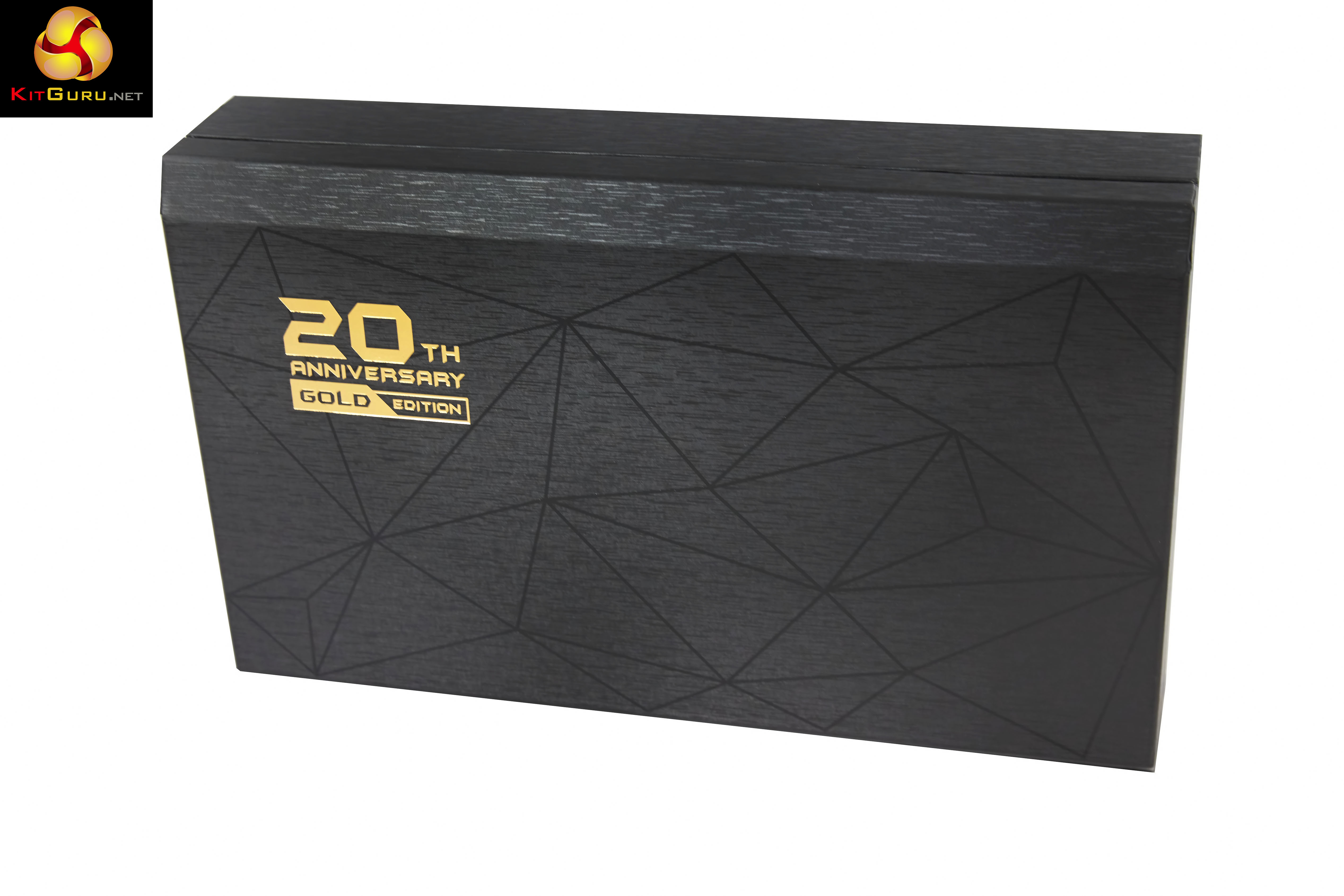 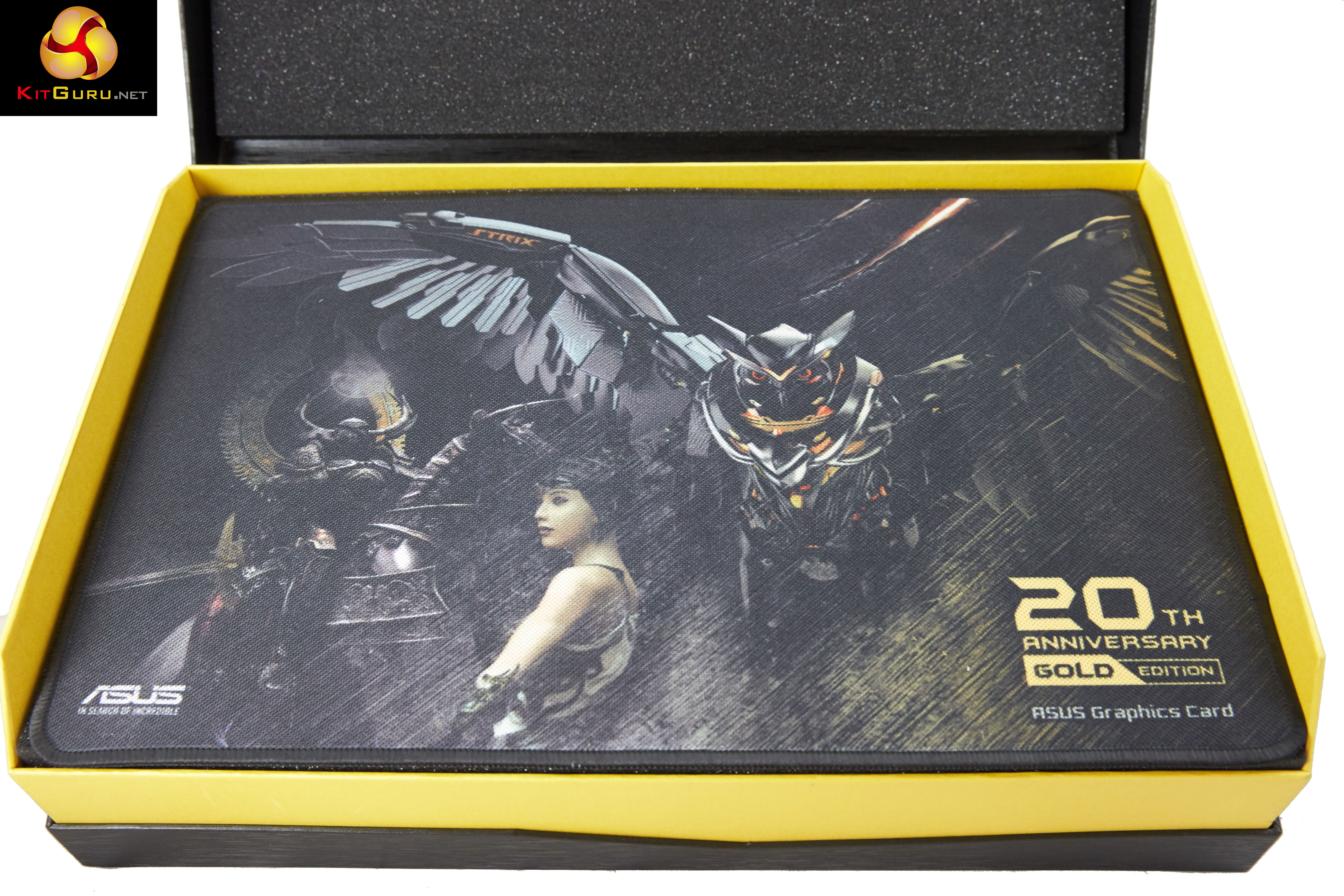 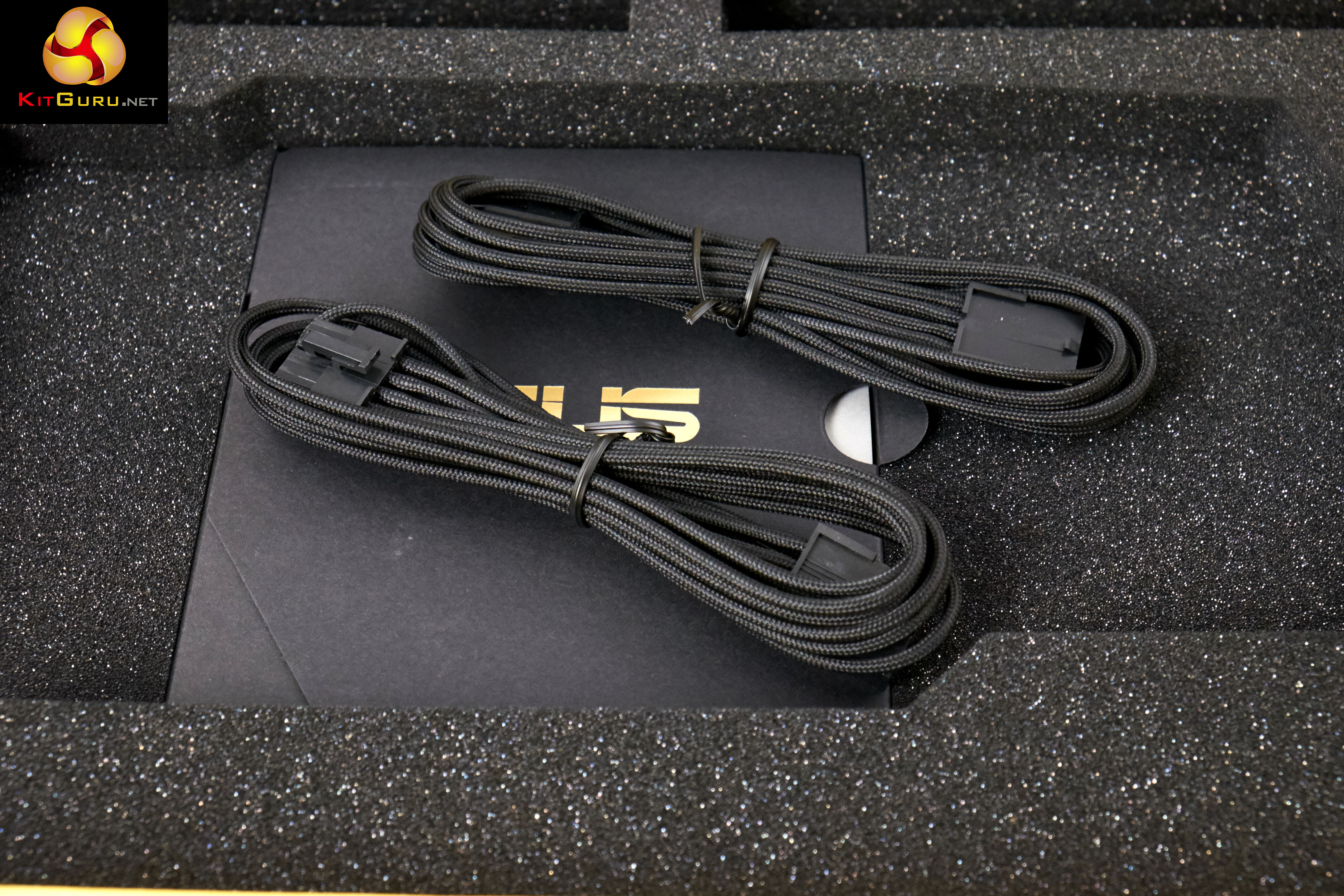 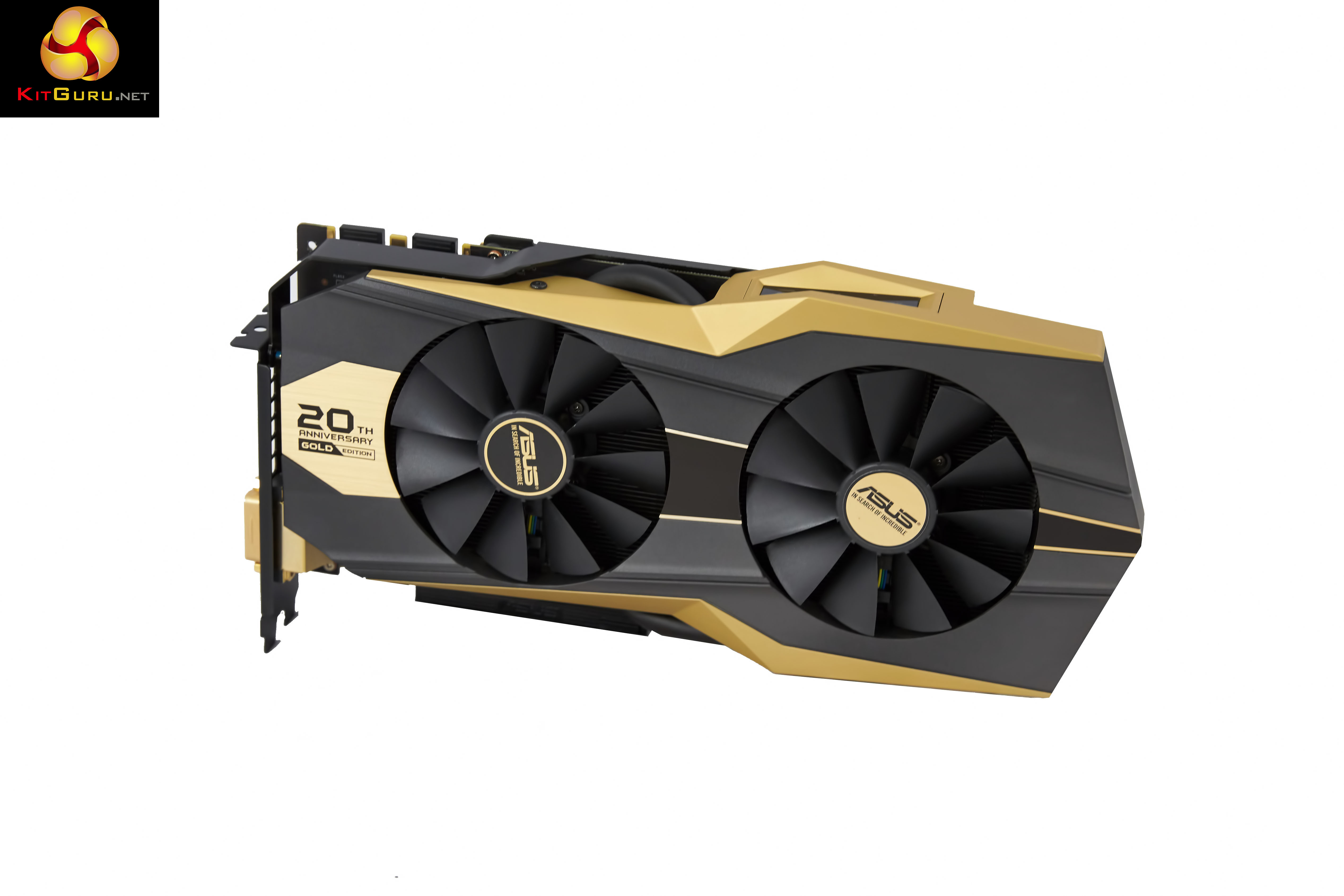 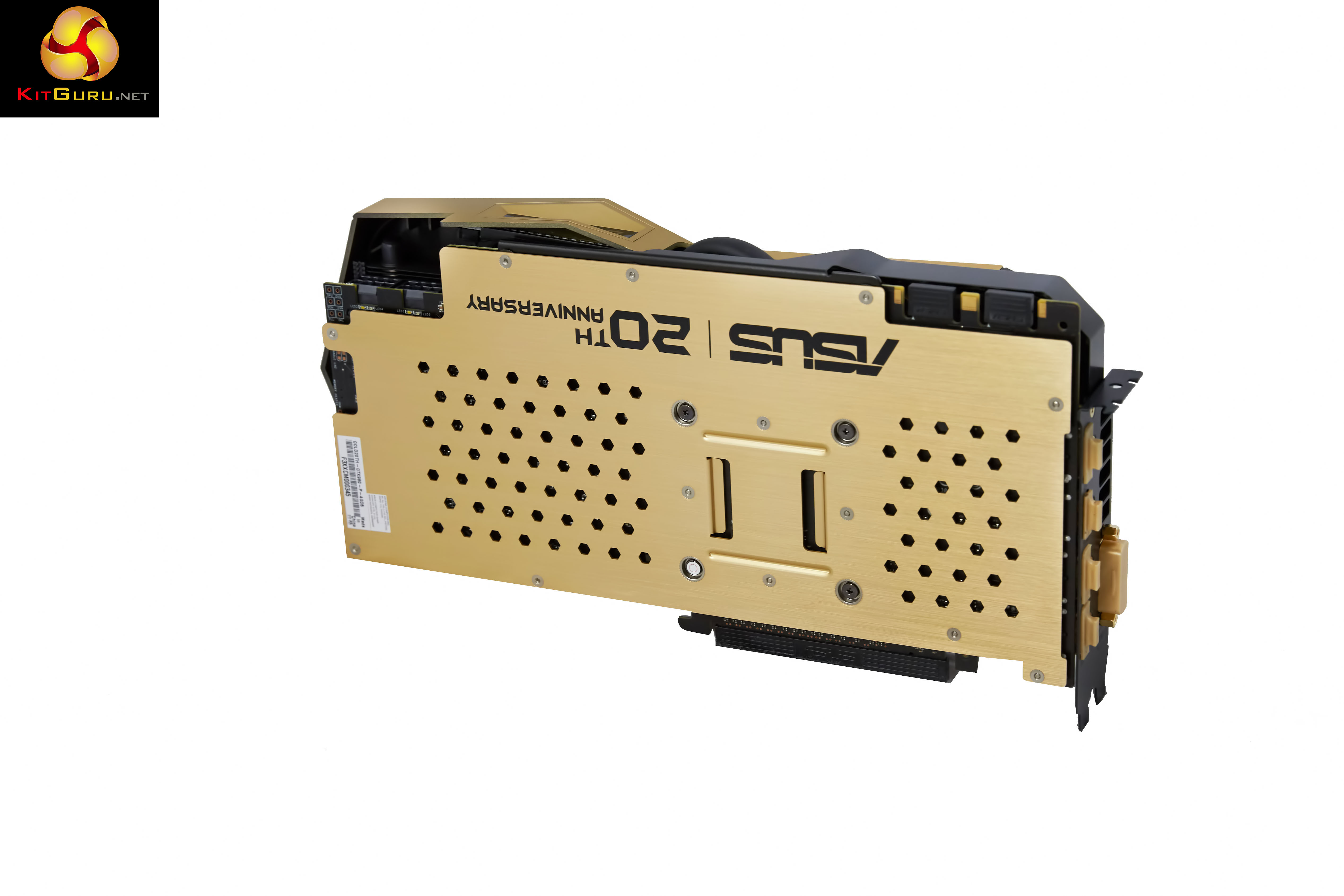 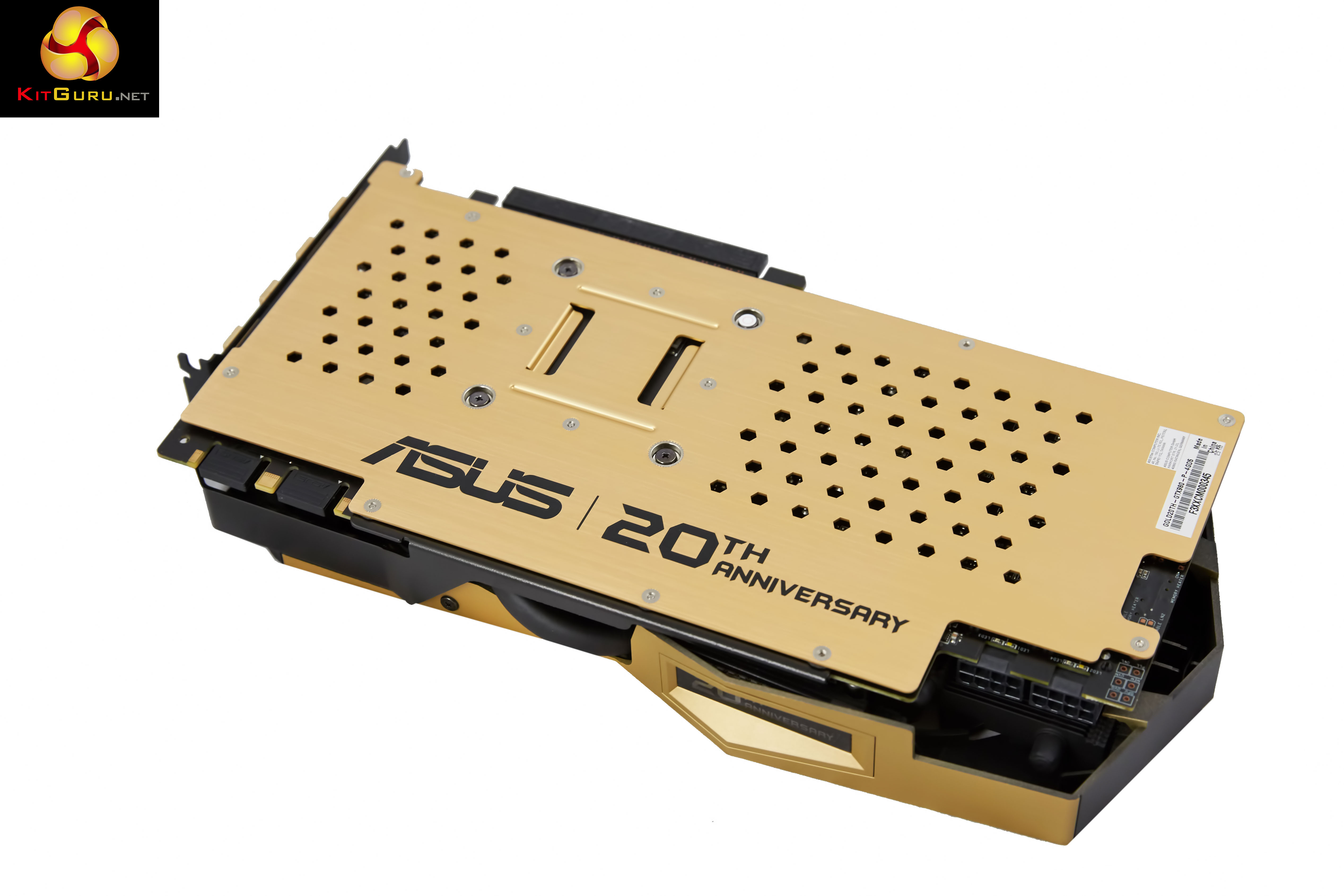 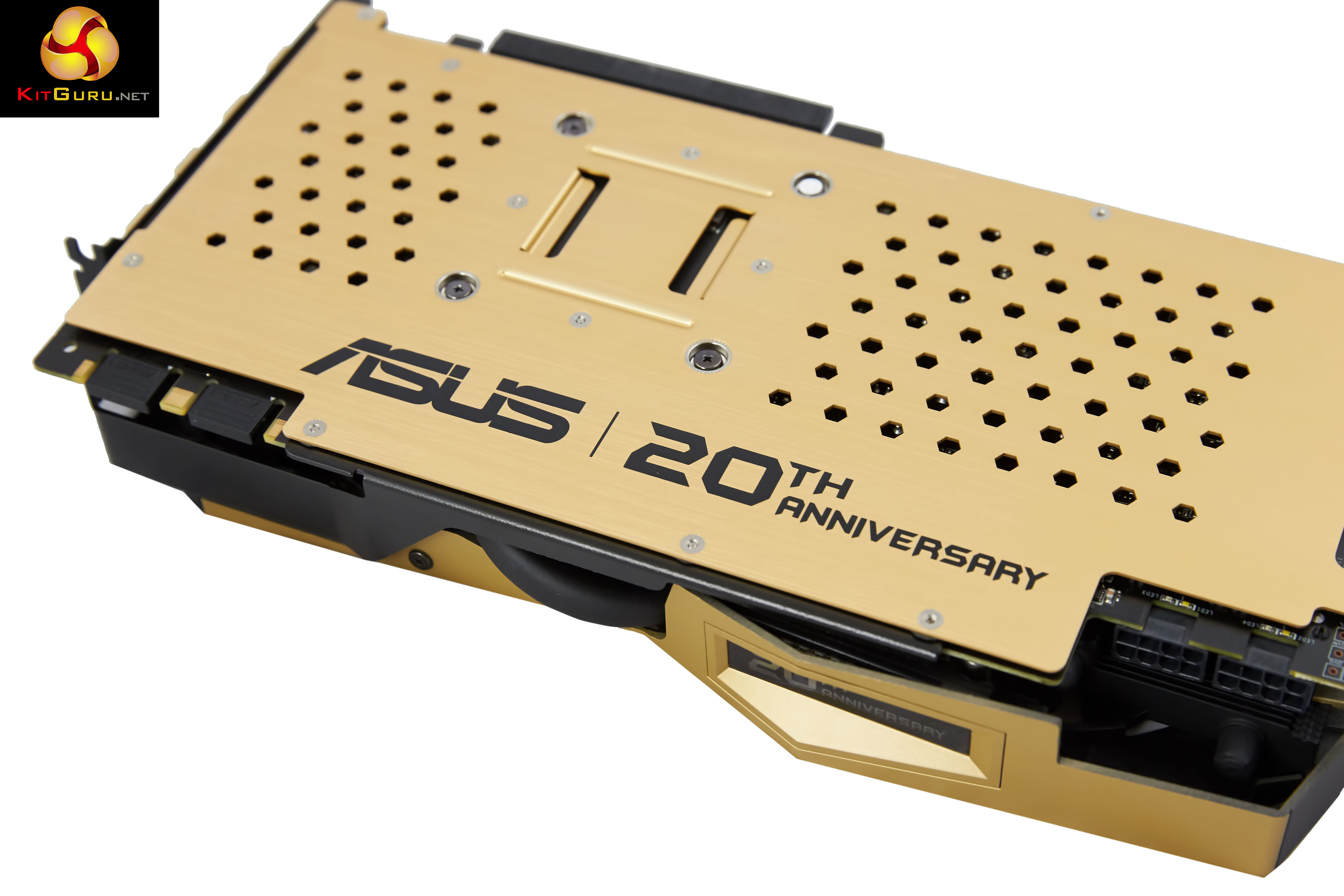 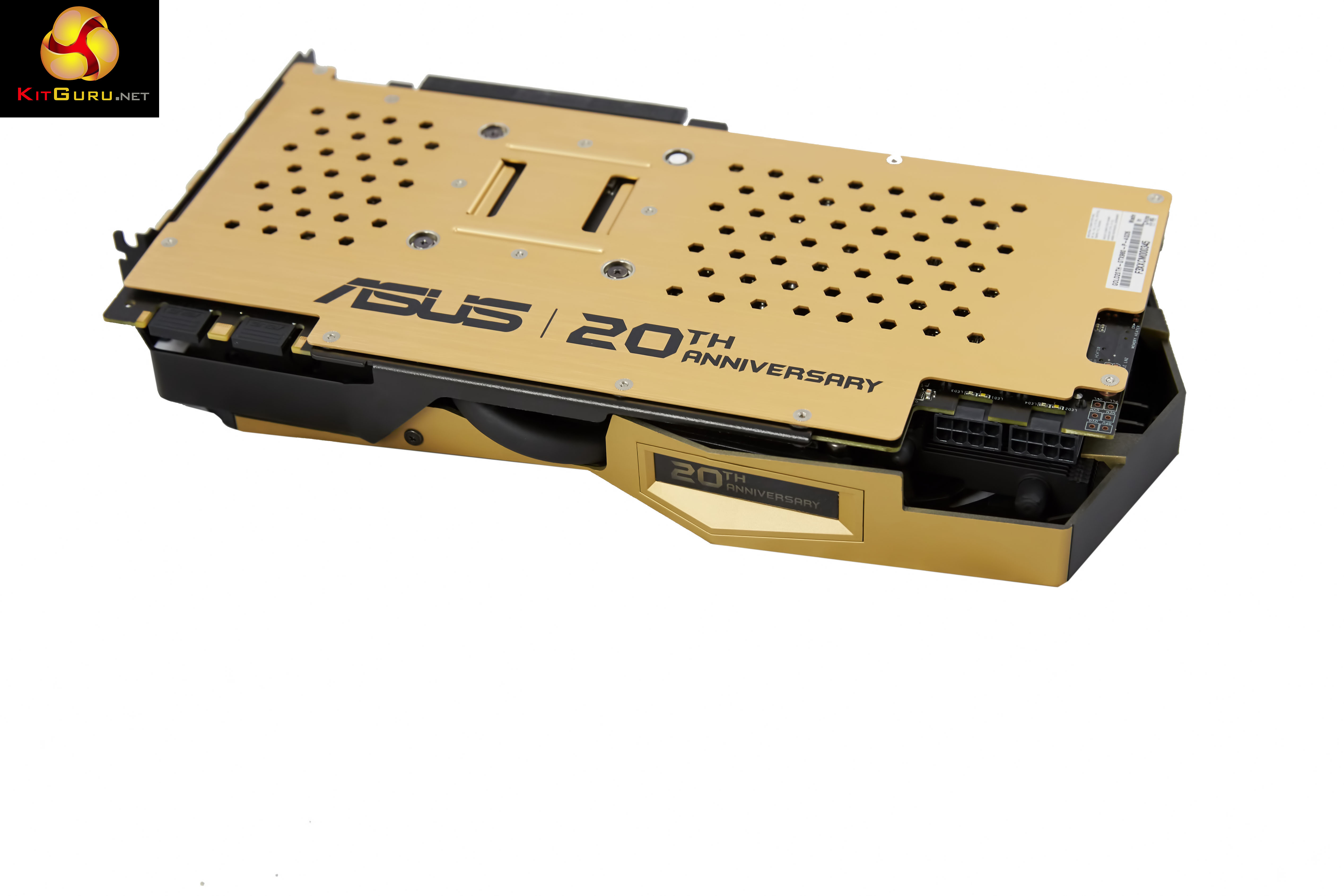 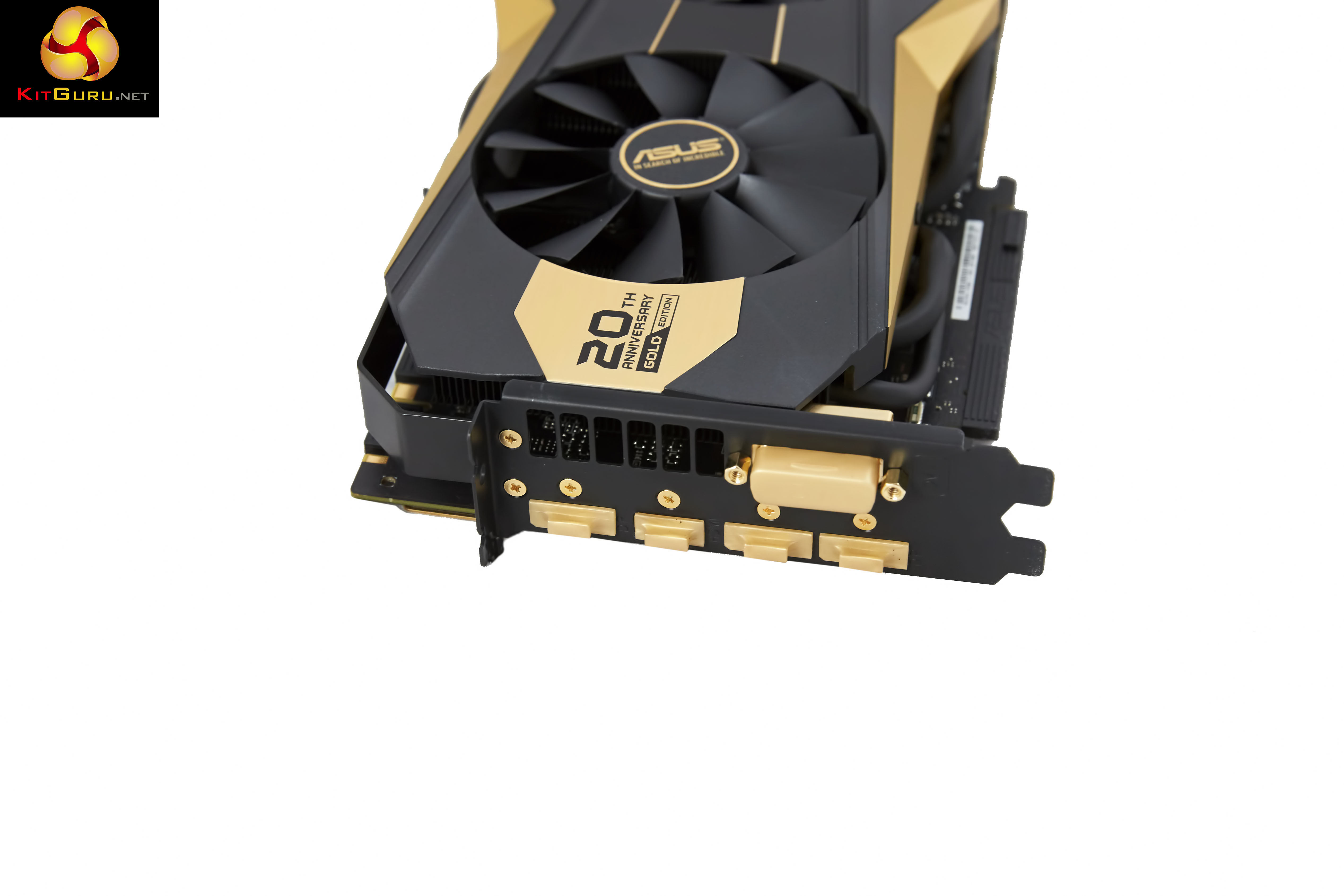 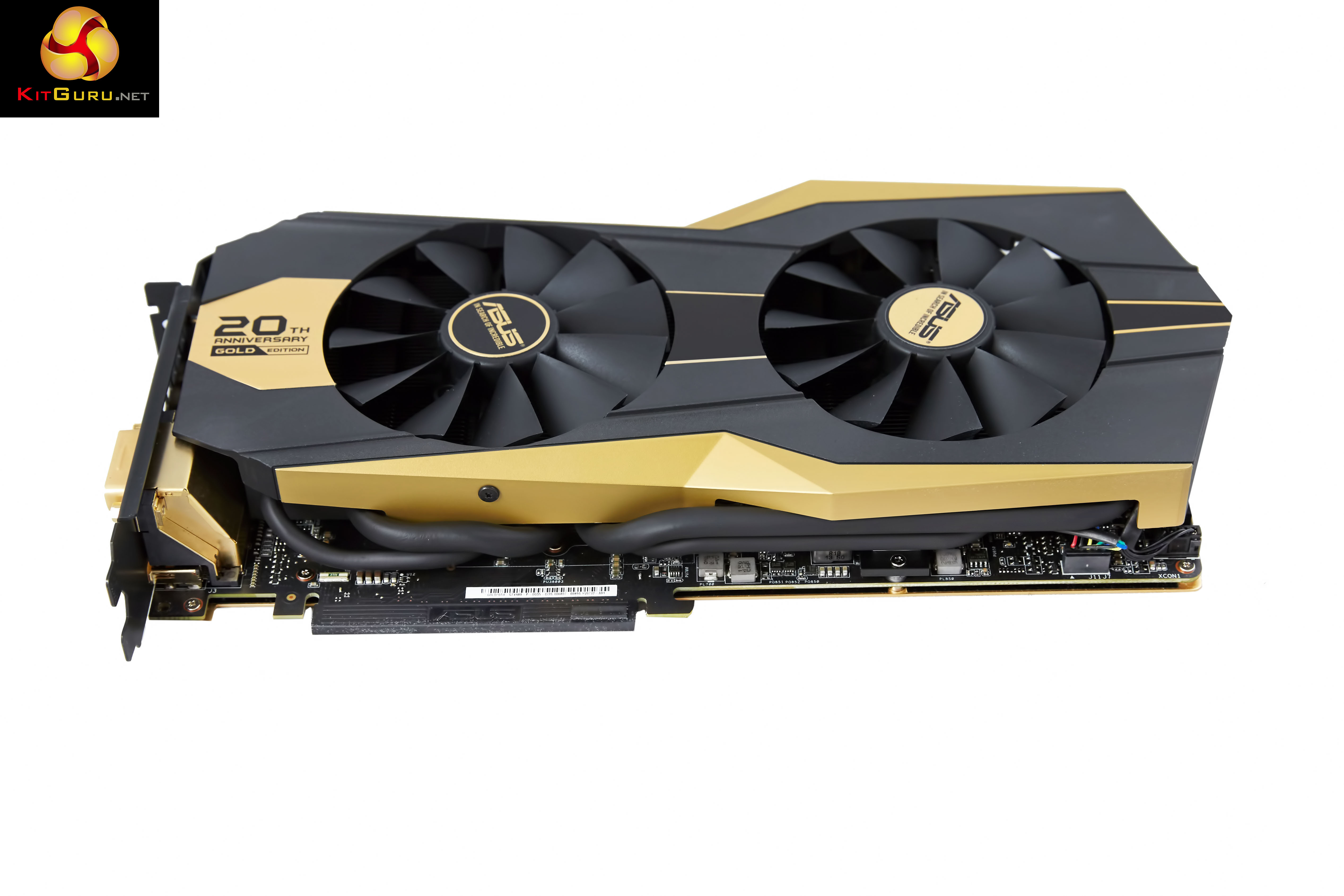 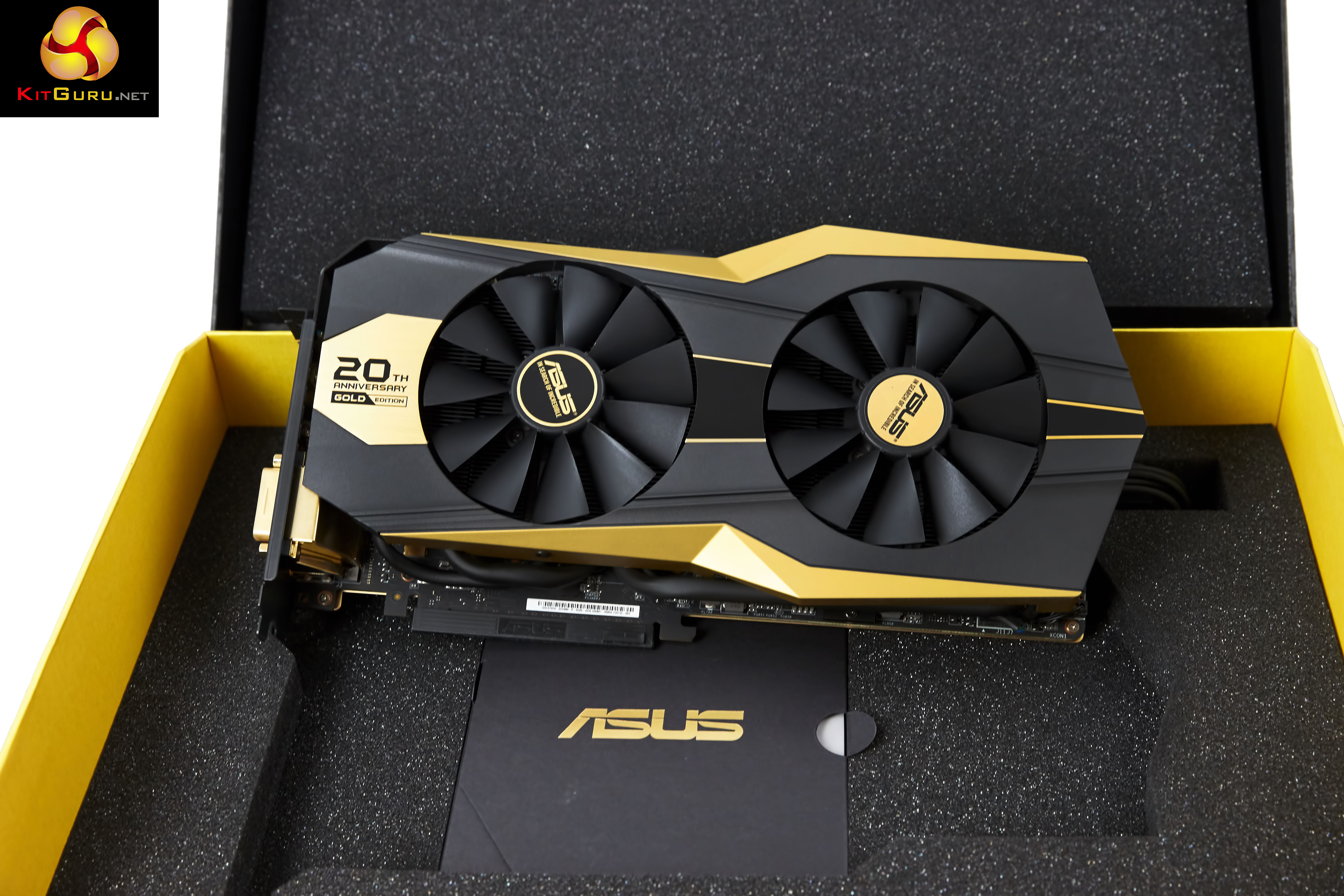 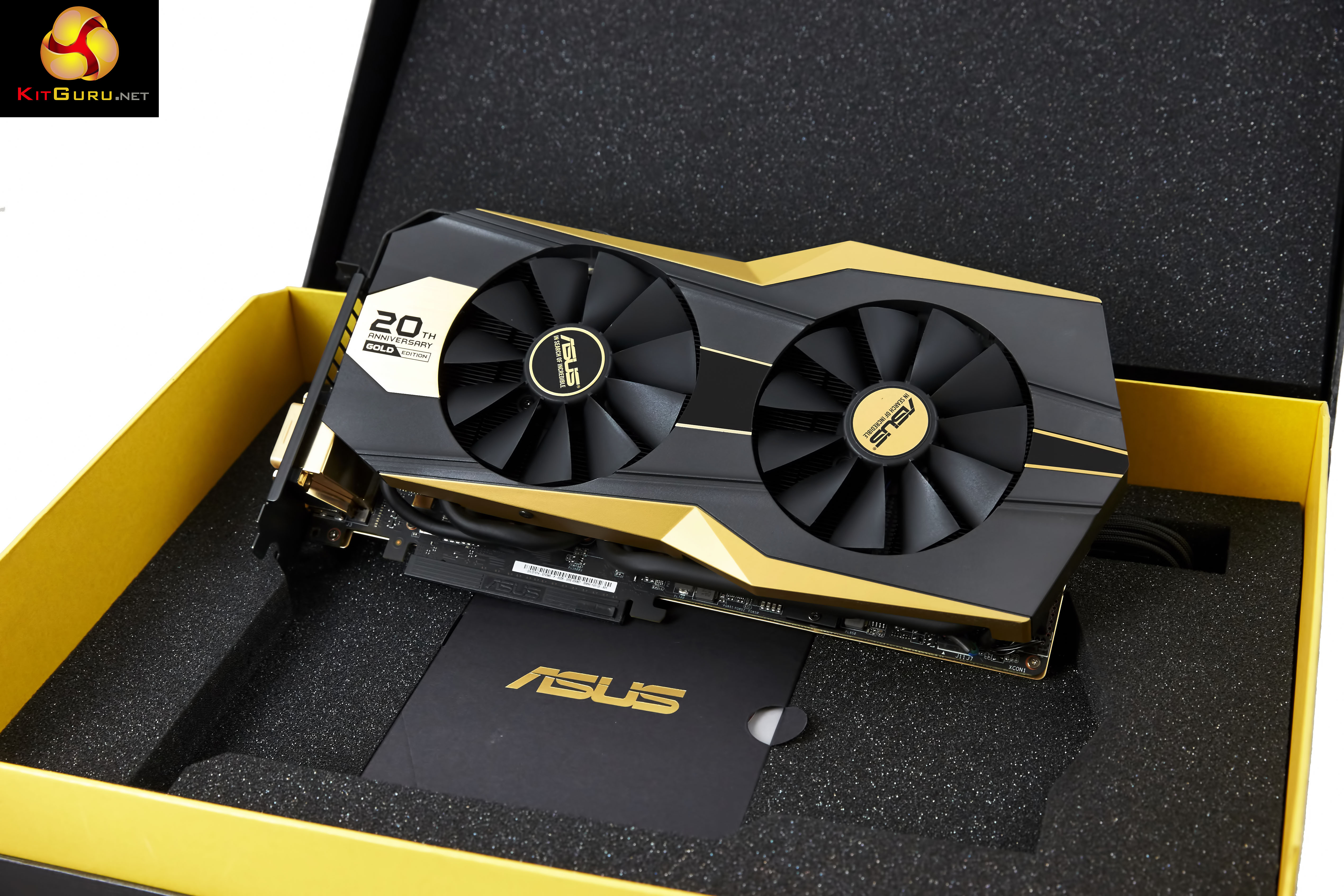 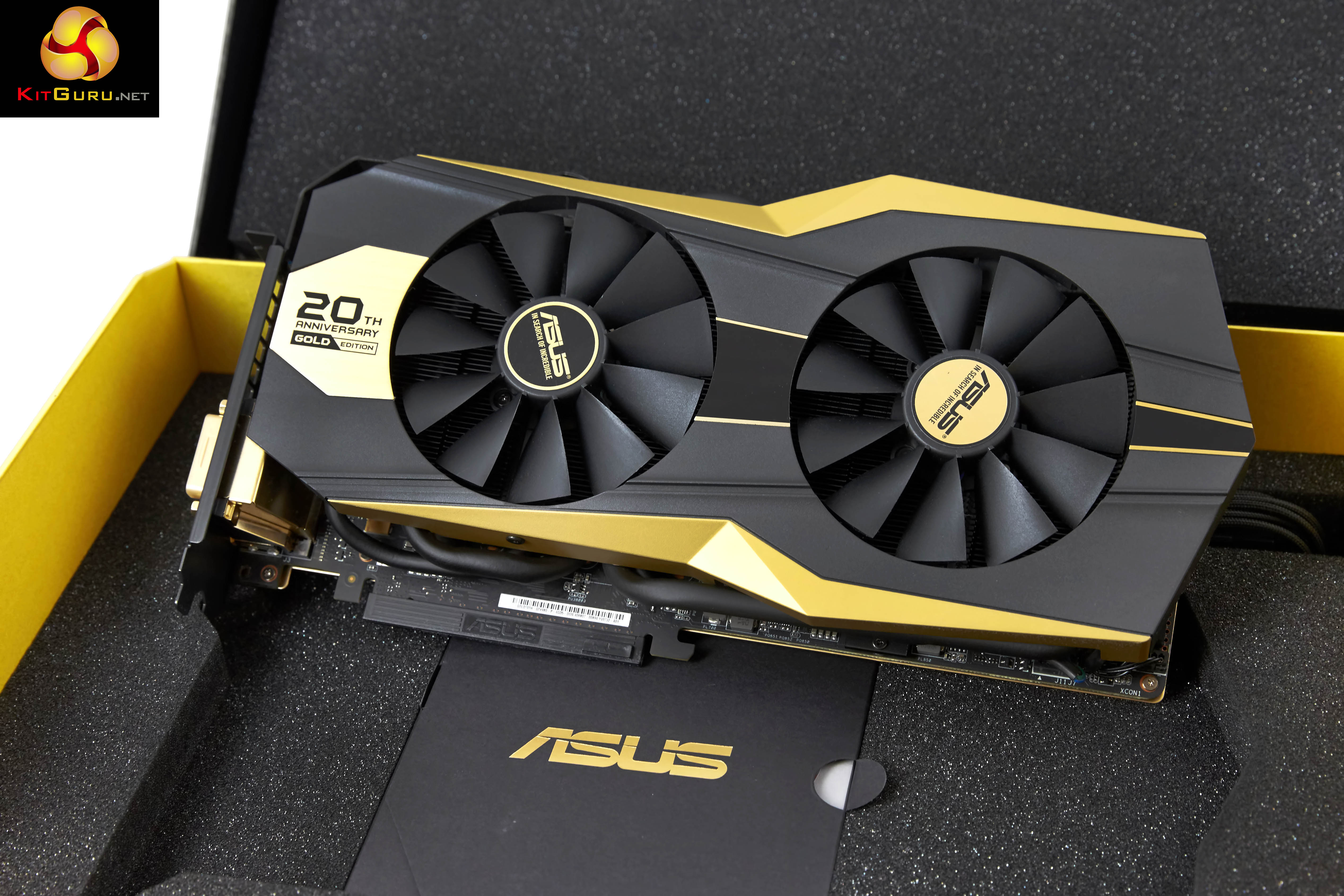