The Oculus Touch controllers will be £190 in UK

The Oculus Rift may have been the first major VR headset to hit the market, but since then it seems that the HTC Vive has found stronger footing in the market, with many preferring the motion controls and room-scale capabilities. Oculus has a plan to combat that, with Oculus Touch, its own set of motion controllers for the Rift. However, getting the upgrade is going to cost quite a bit.

This week, GAME began taking pre-orders for the Oculus Touch controllers in one of its stores, displaying the £189.99 price tag. Pictures of the in-store display quickly hit social media and have begun doing the rounds, though the information has got out earlier than expected. Initially, we were expecting pricing and release information to come from Oculus directly at its next Oculus Connect conference. 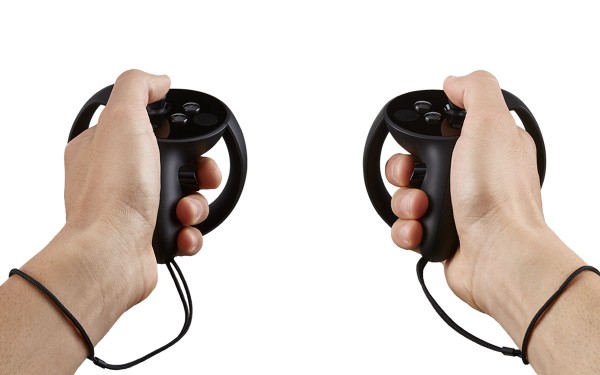 In the box, you will get two Oculus Touch controllers and an additional motion tracking sensor. If you wanted to pre-order from GAME, a £50 deposit would also be required. If you happened to pre-order the Oculus Rift, you will have had the option to reserve a spot in line for the Oculus Touch, so presumably, pre-orderers will be able to get their hands on one a bit sooner than those going through retail.

While the release of Oculus Touch will bring the Rift's capabilities in-line with the HTC Vive, it does lower the price gap between the two headsets. For instance, the Vive costs £810 in the UK with shipping but the bundle does include the motion controllers and sensors. The Oculus Rift on the other hand costs £530 with shipping in the UK, but the base bundle only brings you a seated experience, with one sensor and an Xbox controller.

Those looking to adopt Oculus Touch will need to spend an extra £190, so the complete Oculus Rift experience will cost £720 in total.

KitGuru Says: When the Oculus Touch controllers were first announced, I was expecting the price to be somewhere between £100 and £150. It will be interesting to see how people respond to the high price for these controllers. I also wonder how many of those who pre-ordered the Rift will want to keep their spot in line for the Touch controllers at this price.