Samsung launches its Galaxy S10 series, including a 5G-powered model

Taking to its annual Galaxy Unpacked event, Samsung has lifted the lid on its four new bezel-less flagship Galaxy S10 smartphones. As expected, the manufacturer has completely skipped over the divisive notch in favour of its Infinity-O Display’s punch-hole cutout for the front-facing camera.

Of course, with an increased screen-to-body ratio, Samsung has placed a lot of emphasis on its display. The Galaxy S10 series sports dynamic AMOLED panels, supporting HDR10+ at 1,200 nits of brightness and 16 million colours at 100% colour volume. Users are set to experience much less fatigue from their handset, as Samsung has managed to shed 42% of blue light emissions without a filter. Thanks to its “dynamic” approach, colour temperature can be adjusted without compromise to the picture quality. 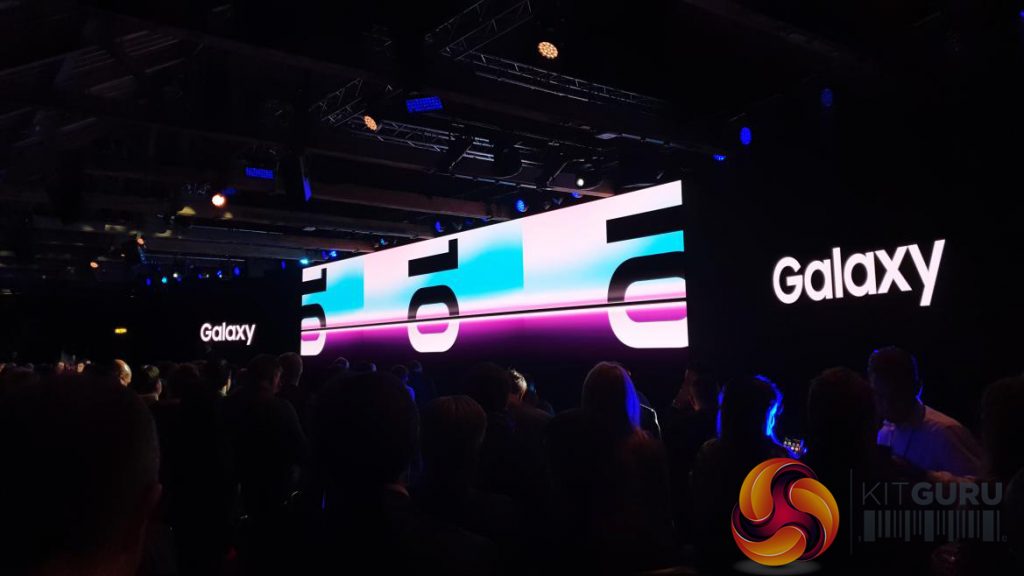 Being the budget variant, the Galaxy S10e is the smallest offering with a 5.8-inch flat screen and 3,100mAh battery. The fingerprint scanner remains on the side similar to its predecessor, with a dual rear camera consisting of a 12MP Wide lens and 16MP Ultrawide lens, and a single front-facing camera.

The standard Galaxy S10 utilises a curved AMOLED panel at 6.1-inches with a bigger 3,400mAh battery. Biometric security has been relocated to underneath the screen with the world’s first ultrasonic fingerprint scanner. Moving on from optical scanners, ultrasonic technology works better in sunlight and with wet hands. Although the Galaxy S10 sticks with its single front-facing camera setup, it adds a 12MP Telephoto lens to complete its triple rear-camera.

Samsung’s Galaxy S10+ houses many of the same features listed above, with a 6.4-inch Edge screen and 4,100mAh power cell. It tacks on an additional front-facing camera that allows the device to capture depth as well as wide angles. This means less time waiting for the camera to focus and the ability to add a nice depth of field effect. 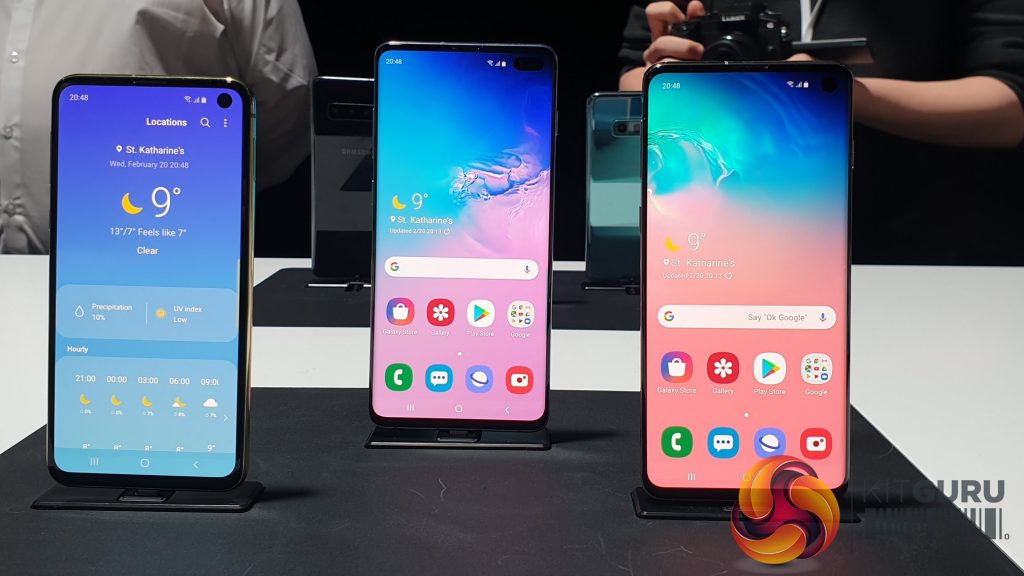 Finally, the Galaxy S10 5G is the biggest Galaxy device that Samsung has ever offered with a 6.7-inch Dynamic AMOLED display and 4,500mAh battery. The firm is also shipping this model with a special 25W charger for even faster charging. It goes without saying that the real draw is the “HyperFast” speeds provided with its 5G capabilities, which will be able to utilise connections from Sprint, Vodafone, T-Mobile or Verizon this year.

Even the models without 5G capabilities will still have speedy connection to home networks, thanks to Wi-Fi 6 support being four times faster than predecessors and Samsung’s new “Intelligent Wi-Fi” technology. This machine learning-powered feature knows when Wi-Fi networks are weak in signal or crowded, switching to LTE when needed.

Samsung has powered all of its Galaxy S10 range with a new neural processing unit, which is said to help AI enhance camera detail and give composition advice when using the camera. While stabilisation is unlikely to be needed thanks to the “Super Steady Camera” and HDR10+ video recording already boosts colour frame by frame, Samsung has made it infinitely easier to edit videos on the fly by partnering with Adobe. Premiere Rush CC is optimised for the Galaxy S10 range, allowing users to cut, colour correct and add titles before immediately uploading to social media.

All devices start at 128GB of storage and come in a variety of colours including black, white, blue and pink depending on region. The Galaxy S10e starts at $749, the Galaxy S10 at £799 ($899) and the Galaxy S10+ at £899 ($999), all available for pre-order as of March 5 and coming to market on March 8. The Galaxy S10+ also breaks new ground with a £1,399 version housing 12GB RAM and 1TB of internal storage, which can be boosted by universal storage up to 1.5TB. Samsung has yet to announce the availability and pricing of the Galaxy S10 5G, but it isn’t likely to be cheap.

KitGuru Says: Samsung used a lot of buzz words during its presentation, such as the quoted “HyperSpeed” above. We still do not know what this means, so it’s worth waiting until reviews hit the market before subscribing to promises. What do you think of the Galaxy S10 series?