Former DICE CEO Patrick Söderlund stepped down as EA’s Chief Design Officer last year, moving on to form his own team at Embark Studios. Now over 50 developers strong, Söderlund has shared a sneak peek at what Embark is up to with its currently untitled futuristic co-op game.

In just a few weeks, Söderlund explained in a Medium blog post that the six founders of Embark managed to find an office in Stockholm’s Old Town, hiring its first core members of staff and properly setting up shop. “In a shorter time than I would have expected, the early team here settled around an idea for our first proper game — an idea that we were immediately excited about, that resonates with our mission, and that we have now begun prototyping,” writes Söderlund.

While the idea is nailed down, Söderlund is quick to assure people that the game is early in development, meaning that things will “change and evolve” from where it is now as the team progresses. The things that are seemingly set in concrete are the futuristic setting, co-op gameplay and free-to-play business model. 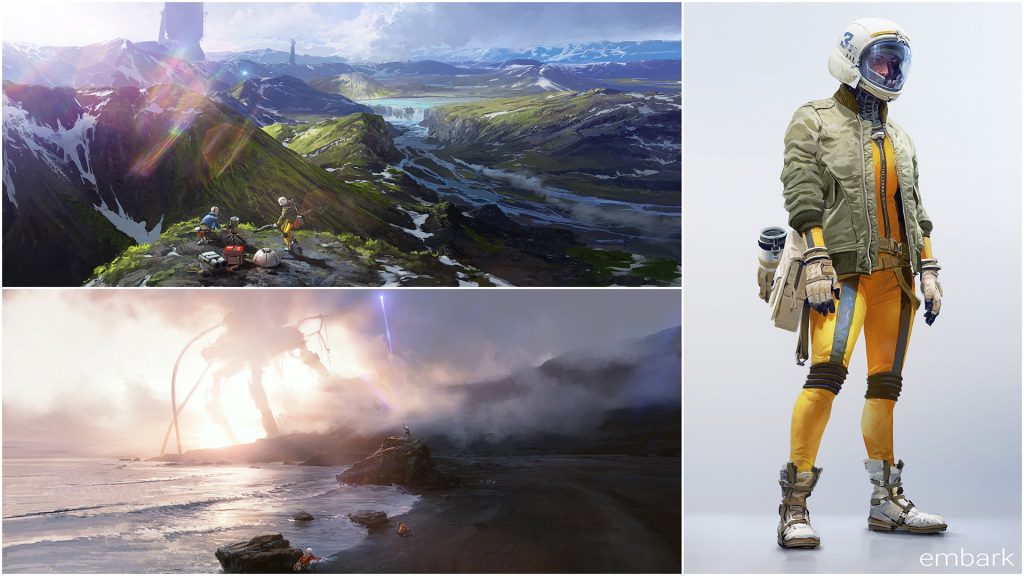 “For a small studio like ours, the right way to tackle this won’t be to hide away for years, trying to develop something big and complex that may or may not succeed,” explains Söderlund. “Instead, we’re focused on getting something out there quite fast that we can build upon — a really fun game that, if popular, can expand with design and functionality that take us closer to our long-term vision.”

This games-as-a-service approach is likely what will enable Embark to monetise the game, as it’s potentially built up via expansions layered on top of the base game. And it doesn’t seem like Embark is stopping there, with plans laid out for the future for “several game projects,” as the official website states.

“Beyond getting started with our first game, we have one large overarching ambition; in essence, we think it’s too hard for people that aren’t professional game developers to create games, and we want to blur the line between playing and making, with games and tools that empower anyone to create,” continues Söderlund.

“Just like anyone today can produce their own videos, write their own blogs, or make their own music, we imagine a world where everyone is able to create and share meaningful interactive experiences. Our belief is that the more people that are empowered to create, the better, more interesting and more diverse games will become.”

KitGuru Says: It seems as though we will find out more relatively soon considering Embark wants to remain in the public eye. I’m getting a lot of Death Stranding vibes with the futuristic dystopian look of the barren screenshots, albeit with a lot more colour. I can’t wait to see the game shape up.

Previous Samsung launches its Galaxy S10 series, including a 5G-powered model
Next 505 Games assures that Overkill’s The Walking Dead is still being developed on console