The original Super Mario Bros. is one of the most historically significant video games of all time. With that in mind, it is no surprise that a sealed copy of the NES game often fetches a high price at auction. Recently, we've seen one copy of the game sell for $100,000 at auction and now, another copy has set a new record, selling for $114,000.

A sealed copy of Super Mario Bros. is the most expensive video game ever sold. The record was originally set with a $100,150 version of the game. Now the record has been beaten, with a slightly later print of the game hitting $114,000 at auction. 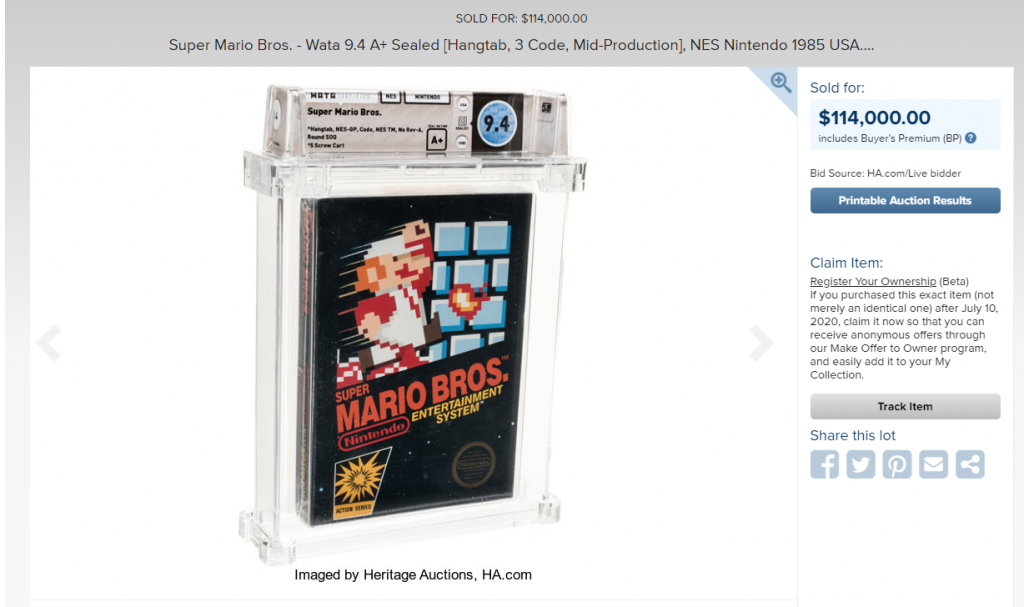 The reason this version garnered an additional $14,000? It is the grade at the top of the case. This copy of Super Mario Bros. is rated 9.4 out of 10, essentially meaning near-perfect condition. It is also a very particular version of the US retail edition, which went through a number of different iterations over time.

Since packaging was constantly updated in the US market, some versions of Super Mario Bros. are seemingly worth more than others, even in similar condition. The $100,000 copy of the NES title also had a 9.4 rating for box condition.

KitGuru Says: It is hard to believe that a slightly different box print could be worth so much more, but that's just how the market works. These sealed copies of Super Mario Bros. are incredibly rare, we may well see another edition set a new record in the years to come.