Sony are finding themselves under constant attack, with the latest news emerging that Sony Ericsson servers have been targeted in Canada. Worse, it appears that email address and encrypted passwords of 2,000 customers are now with the hackers.

Sony have been constantly reeling over the last month, as groups of hackers are trying to expose their security weaknesses. Sony quickly responded to this latest attack, saying that no credit card information was exposed. They shut down a server in Canada following these attacks to investigate the details of the attack.

So far Sony Playstation Network, Qriocity services and Sony Online have been attacked, followed a short while ago with regional attacks in Greece, Indonesia and Thailand. The Greece attack was particularly highlighted as over 8,500 people had personal information taken from the attack.

After losing information from potentially 100 million user accounts Sony have been trying to assure consumers that they are tightening their security across all the networks, but unfortunately other areas of their business are now coming under attack. They claim that they are expected to make a $3.2 billion loss in the fiscal year due to all the problems, due in part to the earthquake and tsunami disaster which hit Japan in recent months.

KitGuru says: Sony are finding it hard to recover, as they are being kicked hard across their whole infrastructure.

Previous The upcoming Amazon tablet: will it be enough?
Next Cray enter GPU supercomputing sector with XK6 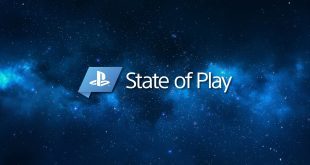