Computerised healthcare could save UK £30 Billion

With a population of almost 65 million people (and rising) to look after, the UK's National Health Service (NHS) needs a significant revamp if it is to cope over the next 100 years. There are many ways to maintain and improve the service, but none really make better sense that a combination of improving diagnostic accuracy and reducing costs. KitGuru speaks exclusively with Jason Maude, creator of Isabel, a computerised system that could change the way that medicine is practised forever.

Next week, we will be publishing an in-depth interview with a pioneer in the field of diagnostic medicine [No, not Hugh Laurie – Ed].

The man's name is Jason Maude and he is the inspirational driving force behind one of the most advanced diagnostic computer programs ever created, Isabel.

Jason told us, “Implementing Isabel is very easy and can cost as little as £1,500 per doctor”.

“Having researched this field for almost 15 years, I can tell you that up to 15% of all diagnosis are actually wrong and many more take far too long to confirm, before the best possible treatment can be initiated”, he explained.

“As a result, not only do some patients have to wait longer, they can also end up with unnecessary tests and sometimes begin taking courses of expensive treatment that won't actually lead to a cure”, he said.

We then asked Jason about the overall level of waste that this kind of mis-diagnosis creates.

“As much as 30% of the UK's NHS budget is being blown on this problem”, he told KitGuru. “And that's just the direct costs. Overall, the problem is financially far bigger”.

We all know where this is heading: The ultimate diagnostic battle of man Vs machine.

Much as House was written to be a genius, our money is on the computer. 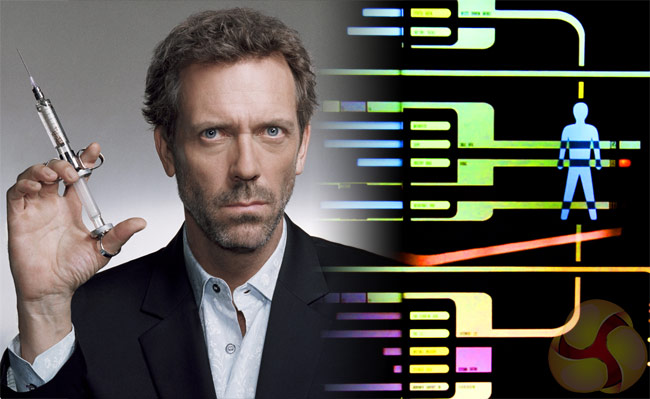 KitGuru says: Anyone of you that's been addicted to House, will appreciate the intense fascination that diagnostic medicine brings. KitGuru readers will also have been wondering why ‘applying a set of rules and tests to a patient's situation' is done solely by humans on the show. The power of Jason Maude's system is incredible, as you will discover when we bring you the full interview next week.

Would you trust a computer to diagnose your condition?   Let us know over on Facebook.