In an effort to maintain its position as a one-stop shop for all things, Amazon is slowly rolling out a compatibility checker on various PC parts. Dubbed the “Part Finder”, users will be able to utilise the tool to check the brand and model number of existing systems to ensure products can be installed without a hitch.

Amazon seems to have released the feature in a limited capacity, with Part Finder only showing up on some pages on the US version of the site. While it shows up on the Samsung 850 Evo SSD, other components including HyperX Predator DDR4 RGB 8GB 2933MHz don’t seem to provide access to the tool despite memory seeing many more compatibility issues than storage. This is inconsistent, however, as Kingston's HyperX Fury memory can be seen with the feature. 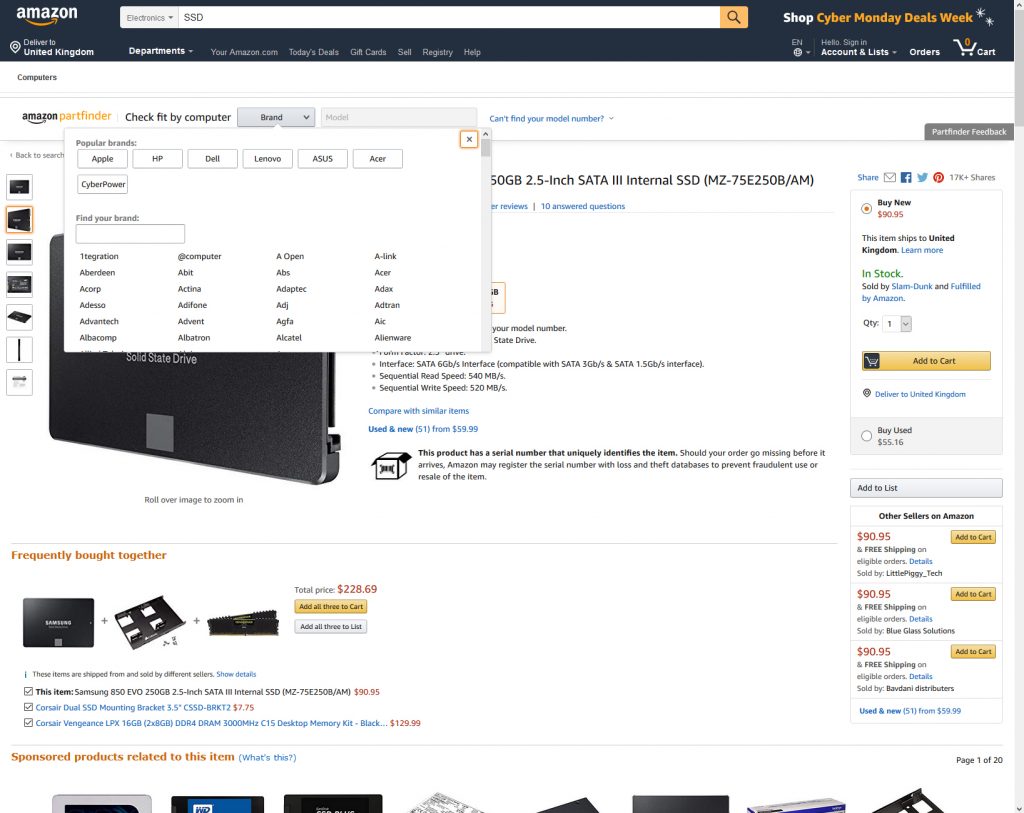 There are some caveats to the new system. Unlike the more comprehensive system offered by PC Part Picker, Amazon’s efforts only help those with pre-built computers and laptops. Selecting the brand and entering the model number will help those without intricate knowledge of their system, however, making upgrades much easier.

Amazon does seem to offer the ability to check the compatibility of RAM with specific motherboards, but this feature is incomplete and has been noted by the publication to give false readings. The shopping giant is sure to be testing the feature with more improvements on the way.

KitGuru Says: Part Finder isn’t necessarily going to help those with a custom rig or building a system from scratch, but it should hopefully allow people to refresh and upgrade their current computer a lot easier. Do you think you’ll use the feature when it rolls around to your country?