Home / Software & Gaming / Apps / Microsoft is in the process of redesigning Skype… again.

Microsoft is in the process of redesigning Skype… again.

Microsoft has been pretty heavy handed with its efforts to bring its aging Skype application up to modern standards, forcing users to ditch the older interface in favour of a comprehensive redesign. Realising that Snapchat-like functionality is not what its user base wanted, Microsoft has announced that it will once again be reshaping its communications service by going back to basics.

2017’s overhaul introduced Capture and Highlights, with the former allowing users to access camera and editing features on the fly, while the latter displayed all that’s been captured in a single hub that friends can see and react to. This brought Skype more in line with Snapchat and the evolving features of Facebook and Instagram, however director of design Peter Skillman notes that “calling became harder” as a result and “Highlights didn’t resonate with a majority of users.”

Fortunately, 2018’s redesign sees Microsoft “take a step back and simplify,” introducing “simplified navigation,” streamlined contacts and a fresh look all while removing the clutter that almost no one uses. There is a particular emphasis on its mobile variant, given its lack of user interface (UI) space, however Skype’s desktop version is receiving a similar coat of paint. 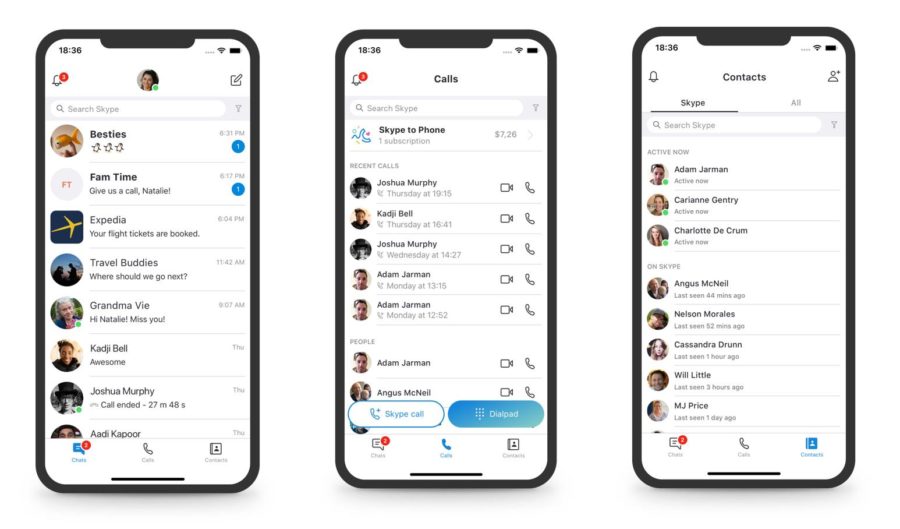 By removing Highlights and Capture, mobile UI if free to centralise its navigation to three buttons at the bottom, dubbed “Chats, Calls, and Contacts,” while notifications sits in the top left. The desktop version connects to Skype legacy, allowing users to navigate through all four options in the top left of the window.

“Contacts isn’t a highly used entry point for most Skype customers,” according to data collected by Microsoft, but Skillman notes that it has been preserved and enhanced for those that continue to find it a “critical and safety mechanism to find people they may have otherwise forgotten in a long list of contacts.” 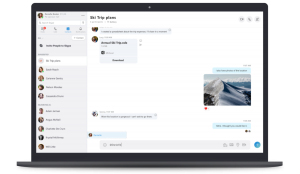 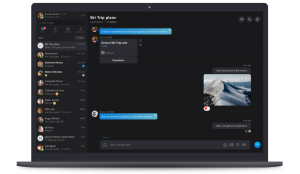 Users of the 2017 version of Skype have until September 30 to download all content uploaded to their Highlights before it will be lost forever. “We looked at how people use Skype apps, performing extensive testing across global markets and building prototypes to test new concepts,” says Skillman.

“While we have plenty of work left to do, we hope you find these changes simplify your experience and bring you closer to those who matter. We are listening to your feedback and are wholly committed to improving the Skype experience based on what you are telling us.”

KitGuru Says: While I’m not the biggest fan of Skype, or its continuously confusing amount of changes, I can appreciate that Microsoft has quite the task on its hands to keep up with modern competition. Do you still use Skype? What do you think of these new changes?