Alongside Microsoft’s retroactive focus on backwards compatibility, the Xbox One is notable for embracing video game mods that were once exclusive to PC. It isn’t certain how the upcoming ninth generation of consoles will handle the feature, but developer Paradox Interactive is hoping to make the process significantly easier with its new Paradox Mods platform.

Paradox Mods is a new independent open modding platform launched in partnership with Microsoft, allowing creators to publish their mods to both Xbox One and PC, via GoG and the Paradox Launcher, in a single upload. This “direct pipeline” is intended to streamline the workflow with in-game and web interfaces that allow for easy distribution.

“Modding has been, and remains an important part of the Paradox community. As we have diversified the way we distribute our games, we want to make sure all our players can take part in the creation process,” said Anders Törlind, Product Owner for Paradox Mods. 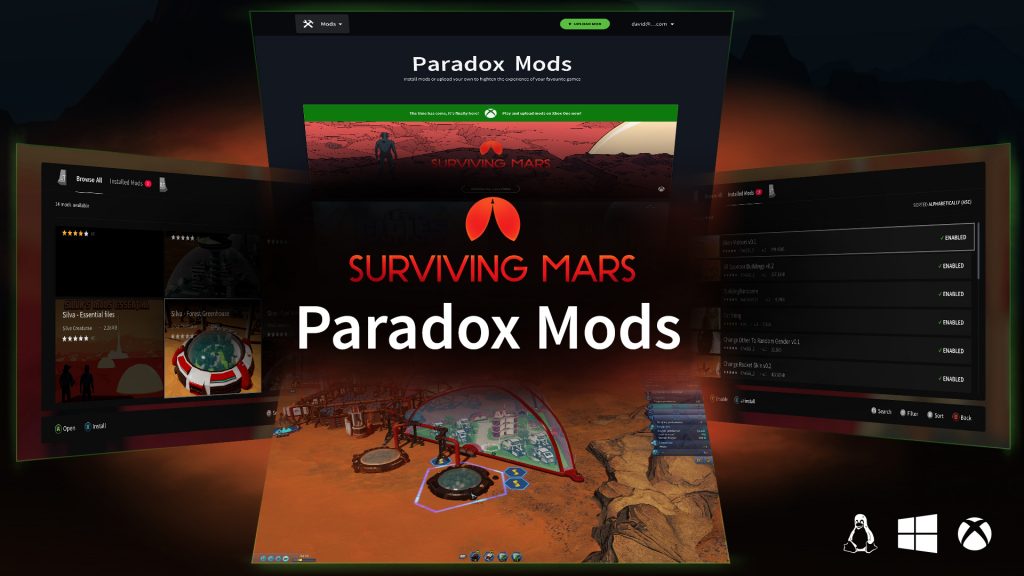 Surviving Mars will be the first supported game, launching with over 30 mods from community members Silva, ChoGGi and more. PC and consoles users can easily browse the library of modifications via the “Mod Manager” on their Paradox account, selecting them for automatic download and install. Simultaneously, the simulator now supports keyboard and mouse on Xbox One.

“For Surviving Mars, we have worked with mod creators to support Paradox Mods with some of the best mods available, all in one place and downloadable in-game or simply using a web browser. We really look forward to unlocking the world of modding for all members of our community, regardless of what system they are using to play our games,” concludes Törlind.

More Paradox titles will be supported by the platform later in the year, but we’ve yet to establish which ones. The upcoming Age of Wonders: Planetfall is a likely candidate, with potential retroactive support for BattleTech and the Prison Architect series.

KitGuru Says: It's always a good thing to have more mods, given that it tightens the community and breathes new life into games that would otherwise be regarded as stagnant. What games would you like to see come to Paradox Mods?