Forget flying cars, passenger drones could be the future

2015 was in many ways, a disappointing year. For all of its technological breakthroughs and attempts at hoverboards, the hard truth is that the year came and went without a viable flying car. Doc Brown would be sorely disappointed. However perhaps there's hope yet, as despite the failings of the aviating automobile, some developers believe that adding passenger functions to a drone are much more viable.

The Ehang 184 is the world's first attempt at such a vehicle and it's been shown off this week during the Consumer Electronics Show in Las Vegas. Built by Chinese firm Ehang Inc., the drone is much larger than your average quad-copter, but not by enormous amounts. It in essence looks like a small helicopter and is said to be capable of flying for up to 23 minutes at sea level and carrying a person weighing up to 100KG (220lbs). 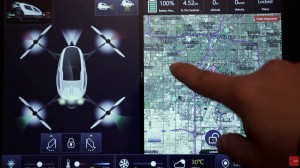 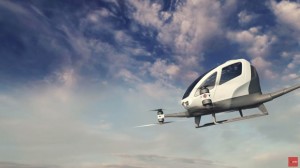 While such a device might cause concern that passengers are not qualified pilots, the drone borrows technology from its smaller siblings and is entirely autonomous. Passengers put in a destination, tell it to take off and then they are whisked away at up to 63 miles per hour, at heights between 300 and 500 metres.

Don't go expecting this to replace your car for commuting to work though. While those traditional vehicles may be far heavier, bigger and more comfortable, they're also much cheaper. The Ehang 184 is thought likely to cost somewhere between $200,000 and $300,000 when launched later this year.

Its use will also face scrutiny from legislators who may not like the idea of an unproven technology carrying people up to half a kilometre in the air with no controls as a back up option if the auto-pilot fails. The developers have however promised a remote-control function that could take over if the on board AI fails to operate properly.

The developers highlighted the safety of the quad-copter design though, pointing out that unlike a helicopter which only features one set of blades – and therefore one point of failure – the Ehang 184 has four, and is capable of completing a rough landing with just one propellar.

KitGuru Says: While I'd certainly wait to see if this technology was proven, I'd be interested to see what a fleet of these would be like for city travel. If they can charge up quickly they might make for a high-speed alternative to taxis over short distances.