Future flights may be far quieter with new tech

Despite many innovations being made to aviation since the original consumer focused flights of the early 20th century, it's still not the most comfortable of experiences for those that can't afford the luxuries of the higher classes. Still, it may at least become a much quieter experience in the near future, as a new coating applied to the undercarriage of jet aircraft could help cut the cabin noise down drastically.

The problem isn't necessarily the roar of the engines as the plane takes off and lands, but the general hum of its operation during flight. That's what researchers at the North Carolina State University and the Massachusetts Institute of Technology claim to have fixed (via The Telegraph). The material works much like the skin of a drum, stretching across one side of the honey-comb structure of the plane's wings, directing the vibrations away from the plane, rather than letting it pass through to the cabin area. 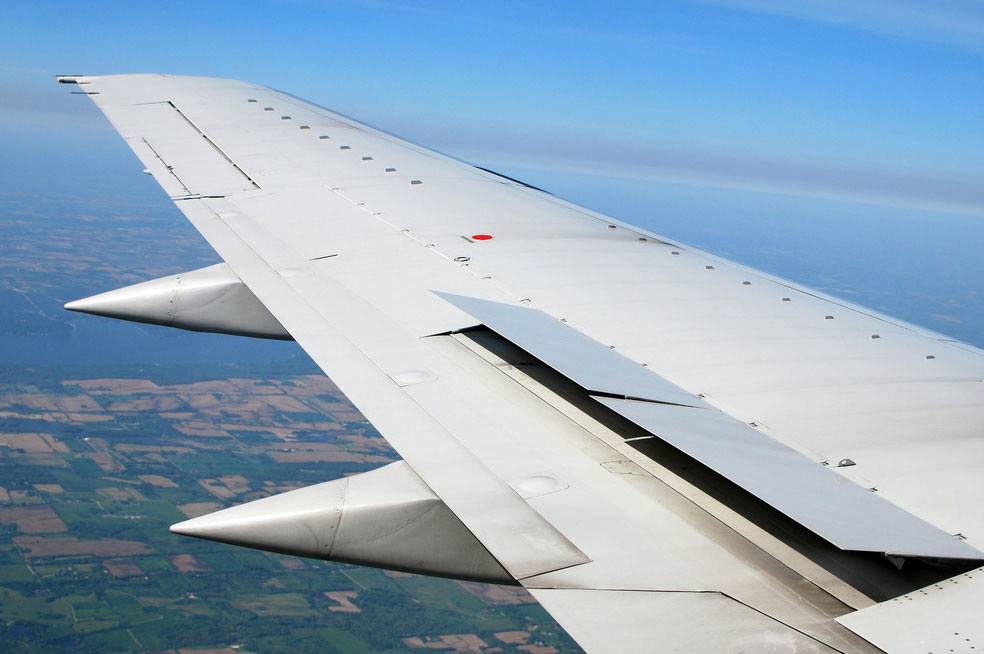 Imagine this, but quieter

This is a far more efficient system than adding insulation to the wings, which would add weight and make the plane less efficient. The membrane used instead, is made of 0.25 mm thick rubber, and though it does add some weight to the plane, it should make flying in one far quieter than it is currently.

“It's particularly effective against low-frequency noise. At low frequencies – sounds below 500 Hertz – the honeycomb panel with the membrane blocks 100 to 1,000 times more sound energy than the panel without a membrane,” said lead researcher Professor Yun Lin.

No word as of yet as to whether the material could be retroactively added to existing jet liners, or whether it would only be possible to add it to new builds. If it's the latter, don't expect this to be a common feature for dedades.

KitGuru Says: Hopefully there is a way to retrofit this material. As good as my noise cancelling earphones are, they don't get close to drowning out the hum of a plane in motion.

Previous Jony Ive: Apple Watch is a not a competitor for mechanical watch
Next Sharkoon H10 Gaming Headset Review