Home / Lifestyle / Mobile / Accessories / Jony Ive: Apple Watch is a not a competitor for mechanical watch

Jony Ive: Apple Watch is a not a competitor for mechanical watch

Apple Watch is finally here and it is available for various segments of the market, addressing different customers with various usage models. Even though there are expensive Watch Edition models in the lineup, Apple does not think that its new devices compete against high-end mechanical timepieces.

When Apple introduced its Watch last September, it strategically did not call the device a “smartwatch” so that to emphasize that it had redesigned the wristwatch in general. Apple is also virtually the only maker of smart chronometers that sells them for up to £13,500/$17,000, clearly indicating that it competes against fine watches by renowned Swiss brands. However, Jony Ive, the company’s design chief, claims that Apple Watch is not something that has been developed to rival mechanical luxury watches in general.

Apple Watch might not be designed to replace traditional mechanical chronometers, but it will inevitably compete for money people spend on them, which is why Apple advertises Watch Edition in various fashion magazines. Apple admits that the expensive version of its new device is a luxury item. Nonetheless, the company wants to emphasize that its wristwatch is a high-tech device in the first place and a piece of a jewellery in the second.

“It wasn't because we thought we could design a better watch, [or that we] wanted to compete with the existing watch makers,” said Jony Ive during a questions and answers session at the Conde Nast International Luxury Conference, reports Mashable. “It was because that we saw that the wrist was a fabulous place for technology. So the motivation was very different from the one that we had when we worked on the iPhone.” 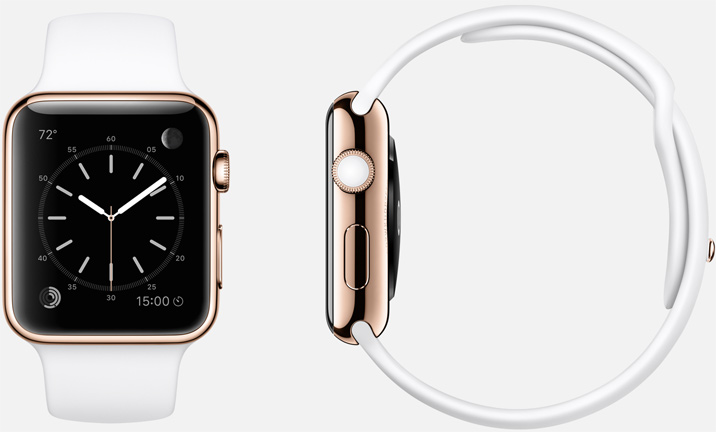 One thing that Apple seems to admit it that its Watch devices will have a limited lifespan when compared to mechanical wristwatches. Batteries and displays of Apple Watch will inevitably degrade over time, but future versions of the device will gain unbelievable amount of functionality.

“I don't see how we can compare these wonderful mechanical watches that we own and a product that has such a comprehensive functionality and capability that will grow and change beyond our imagining,” said Mr. Ive.

KitGuru Says: Perhaps, one of the reasons why Apple does not want to compare its Watch directly against mechanical chronometers is the fact that its device has a limited lifespan. On the other hand, at least some of watchmakers plan to enter the market of smartwatches as well; it will be very interesting to see the competition between them and Apple in the future.