Drone delivery is something that many major companies are talking about doing, but nobody is quite there yet. The New Zealand branch of Dominos Pizza though, is looking to be the first, with a completed test delivery earlier this week and the announcement that it plans to roll out that option to all of its NZ customers by the end of the year.

“We’ve always said that it doesn’t make sense to have a 2-tonne machine delivering a 2-kilogram order,” Domino’s Chief Executive Officer Don Meij said in a statement (via Reuters).

New Zealand is in a prime position to pioneer drone deliveries, as it not only has good weather on a regular basis and a relatively small land mass to cover, but it was also the first country to give legislative approval to the process. As it stands though, drones need to remain in sight of the operator, which may be a challenge to Domino’s if it wishes to deliver beyond the local area. 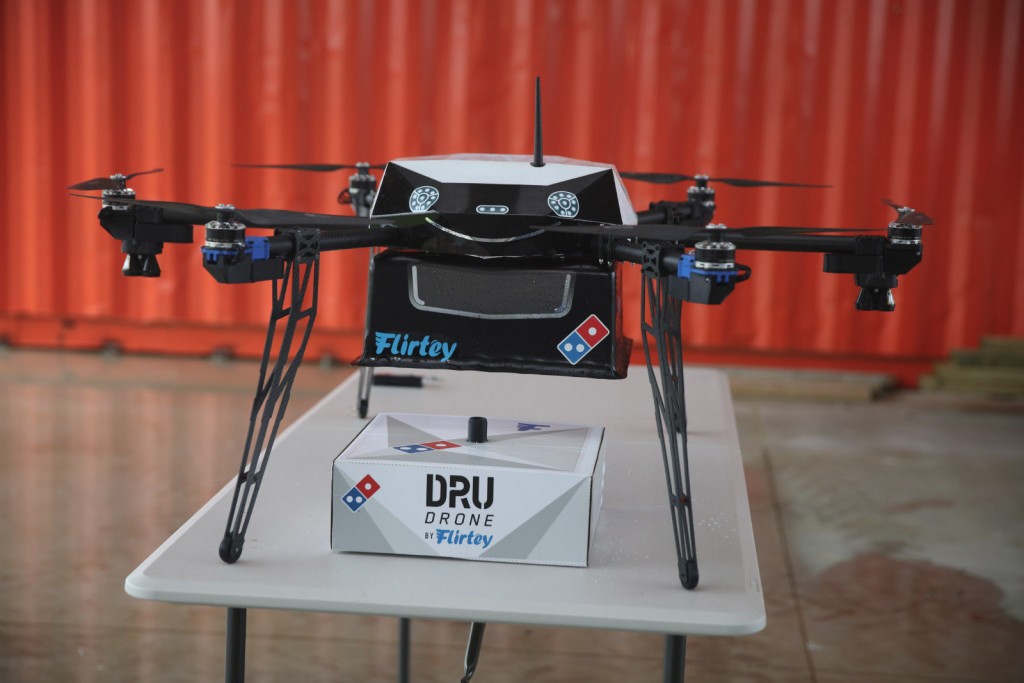 Similar sort of laws in other countries are also slowing the deployment of drones. While the U.S. will officially approve the practice of drone delivery at the end of August, it won’t allow it if the drones fly over people nor-cross state lines. In Australia any drones will need to stay at least 30 metres away from houses.

Despite these drawbacks though, Domino’s seems confident it can make the delivery by air system work for its pizzerias. It will be interesting to see if that speeds up deliveries and what effect it has on future legislation. As the first, it would likely impact how the rest of the world looks at the system.

KitGuru Says: Drone delivery is certainly lower power than sending them out in a van or on a bike, but unless they’re sending a few out at a time, they’d surely need a lot of drones to make it quick.