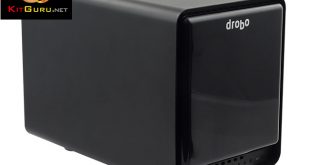 The Drobo 5n is a 5-bay tower NAS designed for SOHO use that does away with conventional RAID arrays and instead uses Drobo’s proprietary BeyondRAID technology. Is Drobo a NAS you should consider over better known brands such as QNAP or Synology? 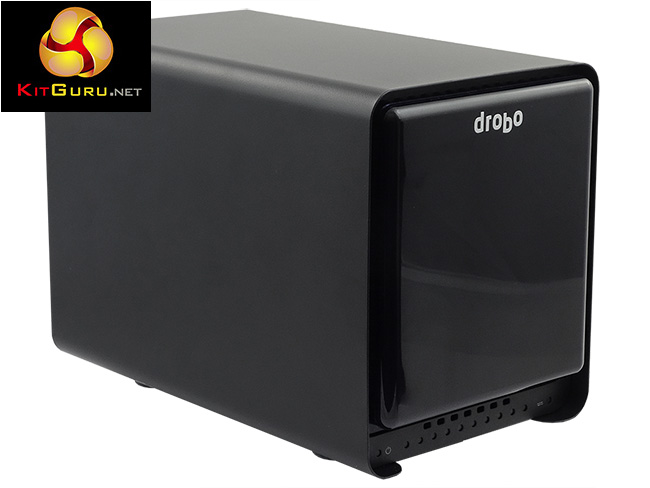 An Introduction to BeyondRAID
Ever since its introduction in the late 1980’s, RAID (Redundant Array of Independent Disks) has become the defacto technology for building large amounts of storage with built-in data protection against random disk failures. However large RAID arrays can be complicated to setup, time-consuming to maintain and problematic when boosting capacity.

Drobo’s BeyondRAID technology aims to take the best part of RAID – data protection and adds much greater ease of implementation and management while offering larger capacities. Unlike the traditional RAID where there is a protection free option (RAID0), BeyondRAID has only protected levels and then just two; Single disk redundancy (think RAID5) and Dual disk redundancy (akin to RAID6)

One big advantage to BeyondRAID is that you are not tied to using drives of the same capacity, you can mix and match drive sizes.

Another major plus point comes when adding capacity to a RAID group. With traditional RAID the data has to be moved off the group to free all the drive space, then the new drive is added to the group (must be the same size as the others), the array reformatted and the data replaced or the data is migrated to a larger RAID group, either way, it’s a very time-consuming procedure. BeyondRAID simplifies this whole procedure offering two ways of increasing the capacity.

Firstly if the Drobo device has a free drive bay then it’s simply a matter of adding another drive or if all the bays are full just swapping out the smallest drive and replacing it with a larger one and as hot swapping is supported there is no need to power down the device. There can also be huge savings in time as there is no need for any of the data to be moved during the operation.