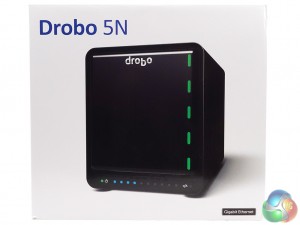 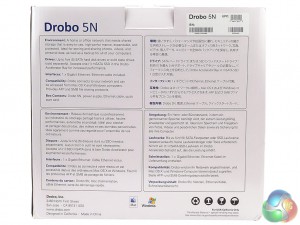 The Drobo 5n comes in a fairly large box with a large image of the unit on the front with multilingual panels on the back describing what the Drobo can be used for, how many drives it takes, its interface, network compatibility and finally what’s in the box. 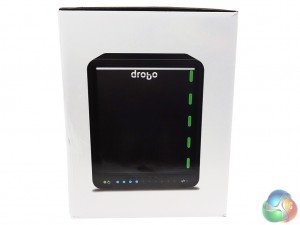 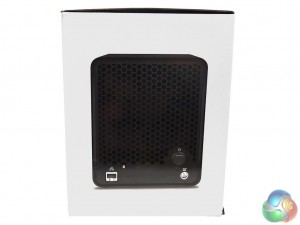 The two box sides display front and rear images of the 5n. 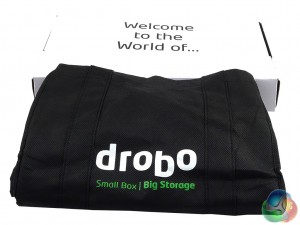 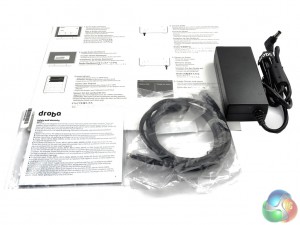 The Drobo comes packed in a black carry bag which is handy should you want to lug it around as it’s no lightweight. Instead of the usual nondescript brown box holding all the bits and bobs there is a sturdy large white box.

It’s a bit of overkill as all that’s in it is the power adapter, an Ethernet cable and a large, clearly laid out quick start card but its the size of this start card that has dictated the larger than normal bundle box.